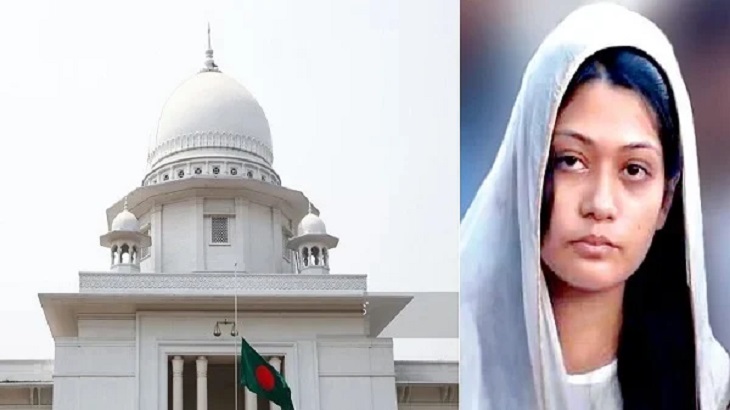 The High Court (HC) on Wednesday accepted the appeal of Ayesha Siddika Minni for hearing, who was sentenced to death in the Rifat Sharif murder case in Barguna.

The appeal has been filed challenging the death penalty. At the same time, the court suspended her fine of Tk 50,000.

The bench of Justices M Enayetur Rahim and Md Mostafizur Rahman accepted it while Advocate Z I Khan Panna stood for Minni in the court.

On 30 September, six people including Minni were sentenced to death in the sensational murder case, while four others were acquitted.

On 26 June, 2019, Rifat Sharif, 22, was mercilessly hacked to death by a group of individuals in broad daylight in Barguna town in front of Minni.