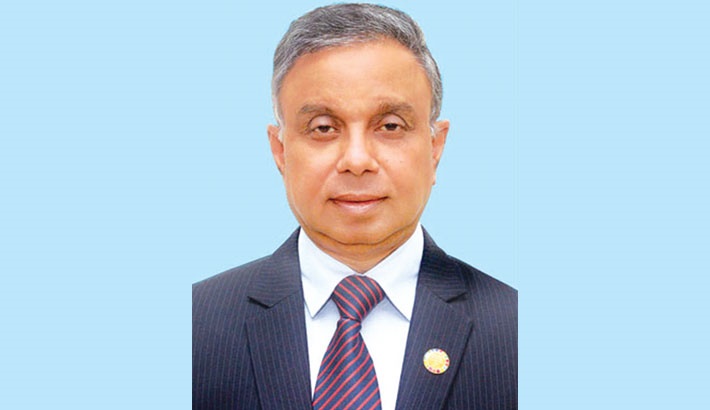 Bangladesh has made significant progress in expanding financial services across the country even in the remote, rural, and hard to reach areas by making banking accessible to common people through mobile financial services and special accounts. The unbanked population of the country including farmers, the hard-core poor, freedom fighters, people affected by natural disasters and beneficiaries under social safety net programs can now open a bank account by depositing just taka 10. In the meantime, about 1 million such bank accounts have been opened and operated across the country.

To decentralise the delivery of public services and take them to the doorsteps of millions of underserved citizens, the government through Access to Information (a2i) has established 5286 one-stop information and service delivery outlets known as Union Digital Centres (UDCs) supported by one male and one female local entrepreneur in all Union Parishods. UDCs ensure that all the underserved regardless of their literacy and ICT literacy can access vital information and 112 types of public and private services all over the country with a target to add more necessary services. In addition, 8500 post offices have been converted to a post-e-centre to provide all digital services mentioned above along with distribution of Social Safety Net allowances. These are some important steps to ensure ‘leave no one behind’.

The government has approved National Social Security Strategy (SSNP) in 2015 with a view to addressing poverty, inequality, risk and vulnerability in the country. Distressed people particularly women, children and disabled persons have been given priority under SSNP, which is designed to be implemented gradually addressing the lifecycle risks; all programmes will be consolidated to get better synergies and healthier results. In addition to the earlier mentioned programs under social protection, education stipends, adult allowances, maternal allowances, allowances for widowed, deserted and destitute women, My Home My Farm project, Ashrayan project, Food for Work Programme, life enhancement programs of Vedas and the disadvantaged population, lifelong development programs of the hijra people, Vulnerable Group Development (VGD), Char livelihood programme are being implemented. Currently, 28.7 per cent of the family enjoy the benefits of the government's social safety net programs; the government plans to expand it to 40 per cent of the poor families by 2030. The government spends 15 per cent of its budget on social security activities, which are planned to be maintained by 2030. Apart from allowance, people are being engaged in vocational education and income-generating activities. The government is in the process of finalising National Household Database (NHD) to establish a more transparent selection process of beneficiaries of different social protection programmes.

The national development strategies, i.e. the 7th and 8th Five Year Plan have been well aligned with the goals of the agenda 2030. A platform has been developed to engage all relevant stakeholders and to listen to their voices up to Upazila level for preparing and implementing actions related to sustainable development goals.

Bangladesh is now considered a ‘role model’ in respect to its women empowerment. According to the Global Gender Gap report of the World Economic Forum (WEF) in 2020, Bangladesh ranked 50th out of 153 countries because of political empowerment of women. The government has been allocating 27% of the national budget equivalent to 5% of GDP on average over the last eight years to the gender-responsive budget. Special allocations are given to different marginalised groups like transgender, tea garden labour, bade and disadvantaged community, beggars, street children, people of special areas, cleaners, people of char areas, special needs children, etc. There is no denying the fact that marginalised people like Dalits of Bangladesh does not suffer severely from caste problem like some of the neighbouring countries does, as caste problem is virtually absent in this country. Catering to the special needs of hilly regions, the dedicated Ministry of Chittagong Hill Tracts (CHT) Affairs is taking different projects and programmes for social and economic development of those regions. The Prime Minister’s Office has special programmes for the betterment of other ethnic people.

Leaving no one behind requires the transformation of deeply rooted systems — economic, social and political, governance structures and business models at all levels. The voices of different stakeholders must be heard, and their active participation as agents of change needs to be promoted.

Unlike other countries Bangladesh also facing the Covid-19 crisis which dragged a huge number of marginalised people into hardcore poverty. The government declared different types of incentive package amounting to more than 12 billion USD for payment of wages in the private sector, investment in micro, small and medium enterprise, job creation, supporting the vulnerable families with cash transfer which kept the GDP growth in a positive direction surpassing so many developed and emerging countries. We know hard-hit Amphan along with flood and river erosion this year added a huge number of hard to reach vulnerable people who usually left behind into great misery. With very negligible additional support from the development partners, Bangladesh with its own resources, is not only facing this unusual Covid-19, Amphan and flood but with a strong political will and leadership, also showing an exemplary resilience in all positive social and economic indicators which made Bangladesh again a ‘Teacher to combat climate vulnerability’ according to Ban ki Moon, the 8th Secretary General of UN.  Antonio Guterres, the present Secretary General of UN in his recent statement said, "Everything we do during and after this crisis (Covid-19) must be with a strong focus on building more equal, inclusive and sustainable economics and societies that are more resilient in the face of pandemics, climate change, and the many other global challenges we face."

We all know that rising inequalities and discrimination are not inevitable; rather they are the result of decades of policies and dynamics that have undercut equality and rolled back efforts to build better lives for all. Hence, the Government of Bangladesh headed by Prime Minister Sheikh Hasina is politically committed to implementing the SDGs in a whole-of-society approach to address the root causes of deprivation, marginalisation, exclusion and other human rights.

The wrier is a former Principal