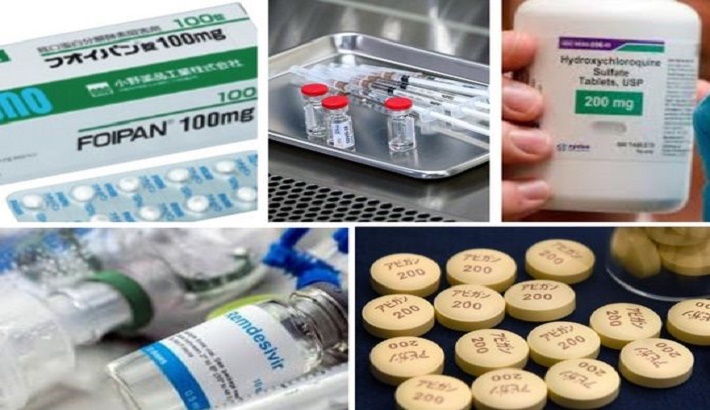 As COVID-19 rates continue to surge across the world, doctors are repurposing a number of medicines and therapies to treat COVID+ patients. The most common, and perhaps the popular ones remain to be Hydroxychloroquine and Remdesivir.

While we long for a cure, there isn't enough large-scale evidence which supports the usage of these two drugs. WHO's withdrawal of the two drugs from the global solidarity trials also makes matters worse.

If these medicines do not give any solid proof of rooting away SARS-COV-2 virus, what other therapies can work?

We explain to you the benefits, the drawbacks and the myths surrounding the usage of these two controversy driven COVID-19 medicines in the limelight.

With no approved treatment therapy, all drugs are being used experimentally.

While there is no one specific treatment drug which could kill the COVID causing virus, a number of anti-viral and inflammation-fighting medicines are being used. HCQ, Remdesivir, Dexamethasone, Favipiravir all fall under the same category.

While these medicines work for some, it does not suit everyone suffering from COVID-19.

Usage of Hydroxychloroquine in COVID-19 cases

Hydroxychloroquine, an anti-inflammatory drug used for years to treat autoimmune problems such as rheumatoid arthritis, lupus and chronic inflammation was one of the first drugs to emerge as a frontrunner in the fight against novel coronavirus.

It was also used in India, which is one of the lead exporters of the drug. US President Donald Trump admitted to having HCQ as a preventive coronavirus medicine, which raised quite a many eyebrows.

A report tabled in the New England Journal of Medicine (NEJM), underlined that it did not work for critically ill patients.

The drug was also subsequently pulled off from the World Health Organisation's Solidarity Trials, wherein a number of drugs were being clinically tested in COVID affected countries.

Why was Hydroxychloroquine so popular?

However, it is still confusing to determine how did HCQ usage spread like wildfire. Most experts believe that HCQ advocacy reached its heights during the peak of the pandemic when cases were being reported in huge proportions.

Emergency authorisation of the drug, issued by the FDA also gave practitioners the free license to use and test the medicine. Doctors, including authorities in India, were also of the opinion that since HCQ had been so widely used for treating similar conditions, it would be the most suitable one.

The downfall of HCQ then made way for more prevalent usage of other drugs, including Remdesivir.

Does Remdesivir work in treating COVID-19?

Despite recent criticism and WHO's opinion on the usage of remdesivir, it remains to be one of the most popularly used medicines right now and is a part of many countries' standard treatment therapy.

While science may not support it, studies did show that remdesivir falls into the anti-viral medicine category.

The drug, which is primarily produced by Gilead Sciences is classified as a type of "direct-acting antiviral" which bug the virus's life cycle and stop it from spreading.

What other drugs could work?

While Remdesivir, HCQ remain controversy driven, in times of crisis, other forms of therapies, including Dexamethasone (a cheap prescription steroid), Tocilizumab (anti-inflammatory), REGN-COV2 (monoclonal antibodies currently under phase II trials in the USA), lopinavir/ritonavir (a combination of antiviral medication) are being studied for use right now but have been backed by good success rates. (Times of India)