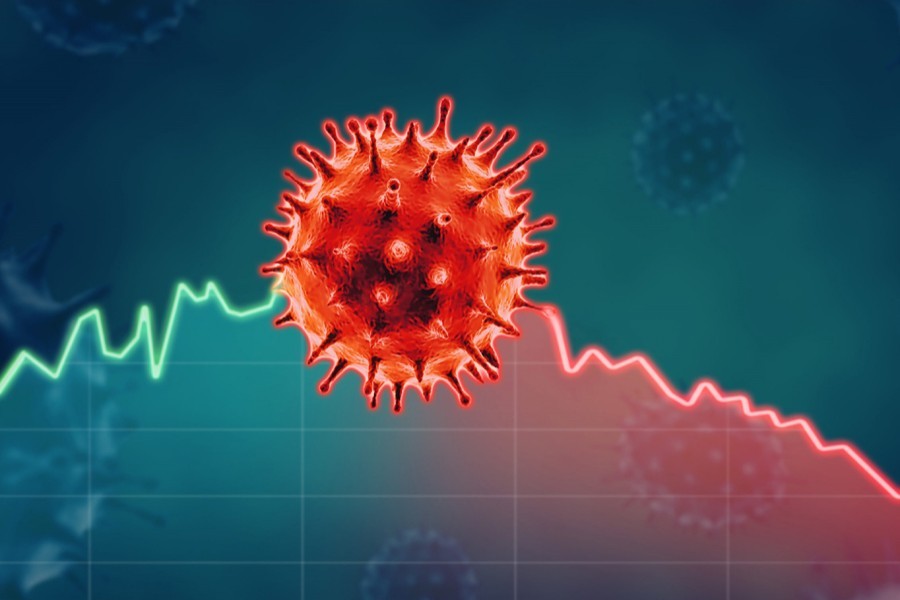 The long-term macroeconomic targets set in the second perspective plan (2021-41) formulated with a vision of well off nation are set to face challenges from the lingering Covid-19 crisis.

Implementation of the plan is going to start from 8th five-year plan, but the mid-term plan is yet to be ready because of Covid-19 pandemic.

At the fag end of the 8th plan preparation, top public think tank General Economics Division (GED) is now assessing the impacts of pandemic on the economy to incorporate them in the upcoming plan.

So, execution of the perspective plan is going to start with the dents created by the virus pandemic to the economy.

GED sources said GDP growth has been projected at 8.23 percent for 2021 in the latest perspective plan, while it is expected to reach 9.90 percent by 2041, the ending year of the long-term plan.

At the same time, inflation has projected to remain at 5.40 percent next year and the plan seeks to bring down it to 3.96 percent.

With the plan, the government also seeks to lower the population growth rate 0.78 percent from the existing 1.34 percent.  Similarly, national savings is likely to rise to 43.95 percent from existing 31.56 percent in line with the plan. Total investment level has been programmed to increase to 46.88 percent in 2041 which is now 33.58 percent.

GED chief Dr Shamsul Alam, however, doesn’t think that the crisis will do that much harm to the long-term macroeconomic

“The country’s socio-economic sector has had a negative impact of Covid-19. However, the economy has seen a quick turnaround from the corona crisis. It is now in the process  of becoming normal,” he pointed out.  He also shrugged off the fear of a fresh wave of corona virus in the enuing Winter season, saying that it is not still clear.

“It is hoped that corona virus won’t spread more in the next Winter season. The fear might not be true in the end,” Dr Alam also said.

In favour of his prediction, he argued that the previous fear of a huge corona outbreak in the country after Eid-ul-Fitr was eventually proved to be baseless.

“So, it won’t be tough to achieve the targets once the eonomy return to normalcay after crisis is over,” the GED boss said.   The plan has set a target to raise the revenue and grants level to 24.15 percent from 11.24 percent, while total expenditure level will rise to 29.15 percent of GDP from 16.24 percent now by 2041.