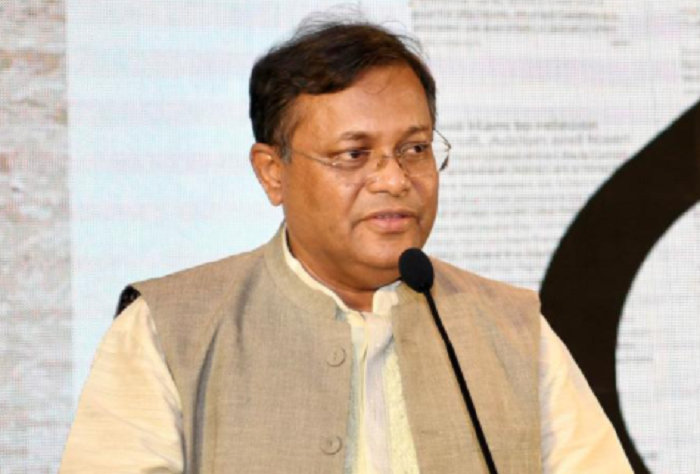 Coming down heavily on BNP leaders for their comments over country’s development issues, Information Minister Dr Hasan Mahmud  said on Saturday countries all over the sub-continents including India and Pakistan are praising the unprecedented development of Bangladesh under the leadership of Prime Minister Sheikh Hasina.

“Every country is hailing the development of Bangladesh. But blind-folded party BNP is just criticizing,” he told newsmen after exchanging views with the leaders of film directors and producers at his official residence in city’s Minto Road.

Hasn said, as per a recent report of IMF, Bangladesh will exceed India in the per capita income. Comparing to the development of Bangladesh in different indexes with Pakistan and India, the information minister said Bangladesh has left behind Pakistan in all indexes and neighboring India in two indexes— Human Index and Social Index.

He said Bangladesh’s GDP tops almost all countries in Asia even amid the Coronavirus epidemic as the wheels of economy have been kept moving due to dynamic leadership of Prime Minister Sheikh Hasina while most of the countries including India and Pakistan stand minus.

The information minister said every country is praising the unprecedented development of Bangladesh though it is one of the densely populated countries in the world; and the natural disasters are constant companion.

Even, the intellectuals of India and Pakistan are hailing the ongoing development of Bangladesh, he said.

But, one party-BNP–and its collaborators could not praise the development, he said, adding BNP is just saying, ‘the government does not allow them to speak when Mirza Fakhrul Islam Alamgir is spreading hatred’.

This is BNP’s political bankruptcy, he said, adding this party only thinks about them, not for the country or masses.

In the meeting, the information minister said Bangabandhu’s daughter Prime Minister Sheikh Hasina has taken ground-breaking steps in exploration of film industry that had started its journey with the help of Father of the Nation Bangabandhu Sheikh Mujibur Rahman.

He said the amount of grant and the number of grant-taking films have increased and steps have been taken to provide long-term easy loan for constructing new halls, renovation of existing halls and their reopening.