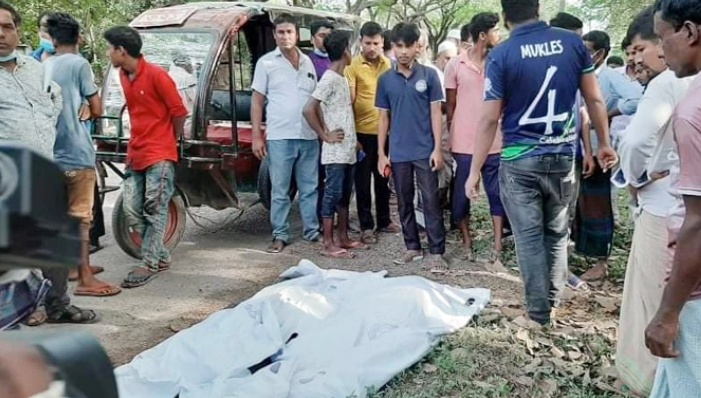 A mother and her son died in a fatal train accident in Mymensingh on Saturday.

The accident took place at around 12:45pm today at the gate number one of ​​Bangladesh Agricultural University.

The deceased  were identified as Yasmin Akhter, 28, wife of Sirajul Islam and a resident of Kalapara village in Dapunia union of Sadar upazila, and her three-year-old son Md Sunny.

Confirming the incident, officer-in-charge (OC) of Mymensingh Railway Police Mazharul Islam said a woman  and her son were crushed under the wheels of Mymensingh-bound Mahua Express at around 12:45 pm on today.

But it is still unknown whether it is suicide or accident. The bodies were recovered and sent to the Mymensingh Medical College and Hospital morgue for autopsies, the OC added.