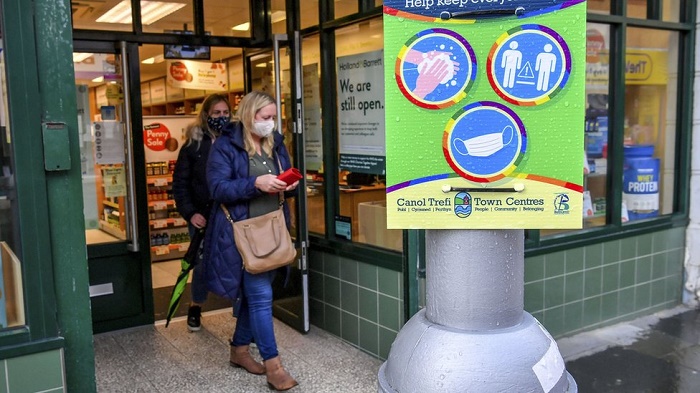 The prime minister of the United Kingdom (UK) is considering a month-long lockdown across England in the hope that measures could be eased before Christmas.

A new "stay at home" order could be announced on Monday, with schools, colleges and universities exempt.

Documents seen by the BBC suggest the UK is on course for a much higher death toll than during the first wave unless further restrictions are introduced.

Deaths could reach more than 4,000 a day, one of the models suggests.

This figure is based on no policies being brought in to slow the spread of the disease, but most of the models peak at about 2,000 a day.

At the height of the pandemic during the spring, deaths in the UK reached more than 1,000 a day.

Infection rates are currently soaring across much of Europe, prompting new forms of lockdown in Belgium, France and Germany.

The papers, understood to be part of a presentation by the government's pandemic modelling group SPI-M shown to Boris Johnson, feature several different projections of the likely course of the disease.

All models predict that hospitalisations are likely to peak in mid-December, with deaths rising until at least late December before falling from early January.

And a separate document circulating in government - based on NHS England modelling from 28 October - warns that the NHS would be unable to accept any more patients by Christmas, even if the Nightingale hospitals are used and non-urgent procedures cancelled.

The document warns that south-west England and the Midlands will be the first to run out of capacity, potentially within a fortnight.