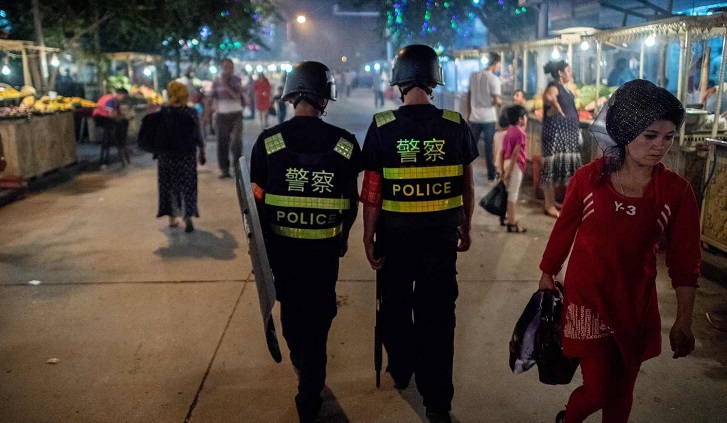 Let’s call China’s policy toward its Uighur Muslim population what it is: genocide. Not since Nazi Germany has there been such a systematic policy of internment and cultural eradication as what President Xi Jinping now wages against China’s Muslim minority. The People's Liberation Army and other Chinese security forces may not push Uighurs into gas chambers, but the mass, forced sterilization of Uighur women has the same effect upon the population, only delayed.

The irony here is that all three are among the most apologetic to China and its assault on millions of its Muslims. Pakistan backed China’s crackdown at the United Nations. Turkey and Malaysia did not sign on to that endorsement but separately appeared to back Beijing with their silence. Erdogan has even gone so far as to extradite Uighurs back to China, where they face imprisonment or death.

However, the biggest problem is not only letting China get away with murder but rather that their apologia for Beijing creates a precedent by which other countries can target and seek to eradicate their own Muslim majorities.

Consider Russia, for example, which faces not only a growing Muslim population drawn from the Caucasus but also from Tatarstan. While only 10% of Russia today is Muslim, that proportion might increase to one-third of the population by 2050. However, dry demographic statistics hide what might most concern Russian leaders: an even greater proportion of Muslims among the conscript-age population. Given how Russian President Vladimir Putin has tried to revive the Russian Orthodox church and its ties to Russian nationhood, he might look at demographic tea leaves and see a situation far more “dire” than Xi faced and conclude that he could get away with similar measures against Russian Muslims. Should he choose to do so, the countries signing on to the China apologia would have little grounds to complain.

Other countries with large Muslim minorities but historical ties to other religions (Ethiopia, India, or even Sri Lanka) could likewise embrace the China precedent. Burma [Myanmar], to some extent, already has, even though it is small enough not to have much diplomatic weight with which to defend itself.

Erdogan, Khan, and Mohamad might picture themselves as defenders of the faith, but they have essentially become the equivalent of kapos, the Jewish concentration camp administrators who collaborated in exchange for privilege or short-term safety. They may imagine their anti-French bluster will win them populist plaudits from the broader Muslim community, but in reality, they will be dismissed in history as among the greatest betrayers of the Muslim community’s ability to practice their faith openly and in peace.