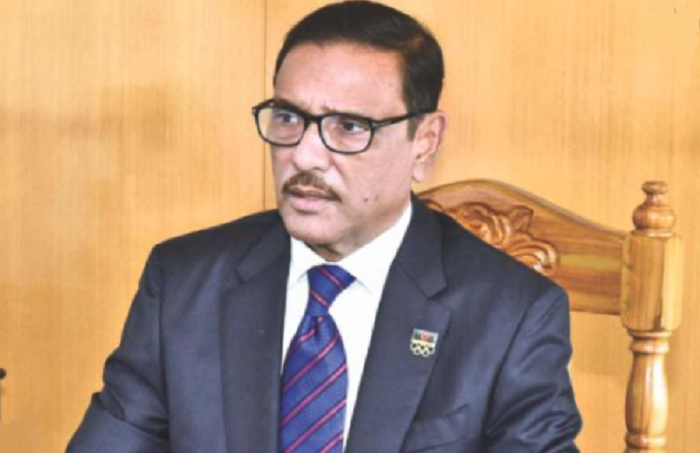 Road Transport and Bridges Minister Obaidul Quader said on Saturday Bangladesh’s economy remains in a better position compared to all other neighboring countries as the country has made a turnaround overcoming the negative effects of coronavirus outbreak.

“Country’s export earnings, remittance inflow and foreign reserve have increased. Bangladesh has made a turnaround overcoming the negative effects of coronavirus,” he said while inaugurating a park and a bus terminal at Chowmuhani municipality under Begumganj upazila in the district.

Quader, also the Awami League general secretary, joined the function through videoconferencing from his official residence in Dhaka.

He said BNP always makes blind criticism of the government as they could not see the development of the country.

Dubbing BNP secretary general Mirza Fakhrul Islam Alamgir as a puppet, he said the BNP leader does not make his own comments rather he always relay the remarks of others.

The party (BNP) did not allow Mirza Fakhrul to join parliament even after he was elected as a member of parliament but other MPs-elect took the oath, he said.