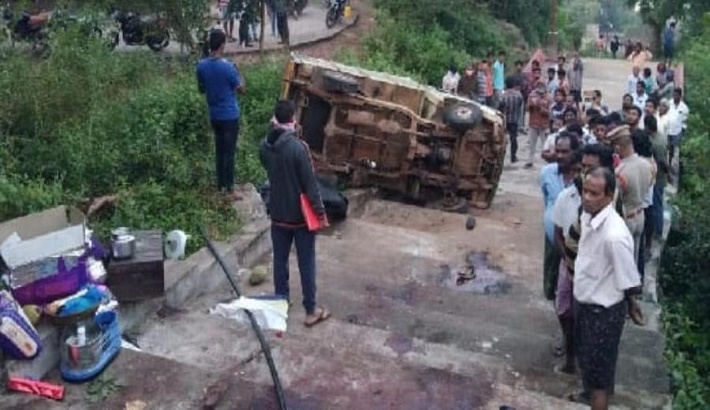 At least seven people of a marriage party were killed when the van in which they were travelling fell into a ditch in East Godavari district of Andhra Pradesh on Friday, police said.

Five persons were killed on the spot while two others succumbed on the way to hospital, police added.

They said brakes of the van apparently failed while it was descending a hill and fell into the ditch near Tantikonda.

About 20 people were returning to their native village Gokavaram after attending a marriage at the Venkateswara Swamy temple when the mishap occurred, reports AP.

At least 10 people sustained injuries in the incident and were shifted to hospital in Rajamahendravaram, police said.