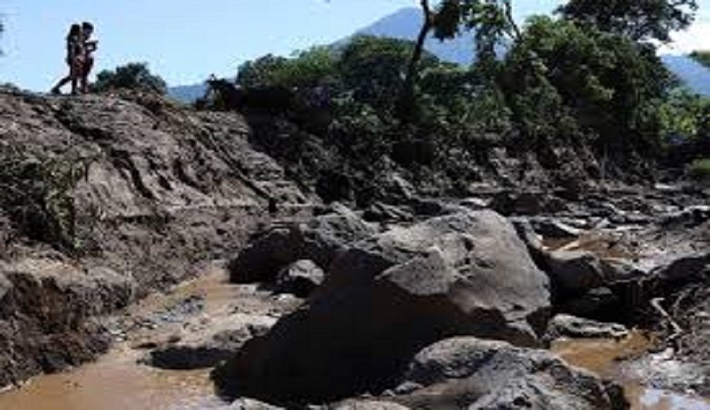 Nine people were killed and 35 were missing Friday after heavy rain in El Salvador triggered a devastating mudslide near the capital San Salvador, officials said.

"It is a tragedy," said Interior Minister Mario Duran, adding that nine bodies had been recovered from the path of the mudslide, which covered four kilometers (2.5 miles).

There was "a tremendous rainfall in the night," he said. "It is impressive to have 133 mm (five inches) of water, and it generated a landslide" that hit 135 houses, and 35 people were still listed as missing.

Some 300 firefighters, police and military personnel were involved in the search for the missing, the interior ministry said.

Defense Minister Rene Francis Merino said a team of Army search and rescue dogs had been deployed to the scene, France24.