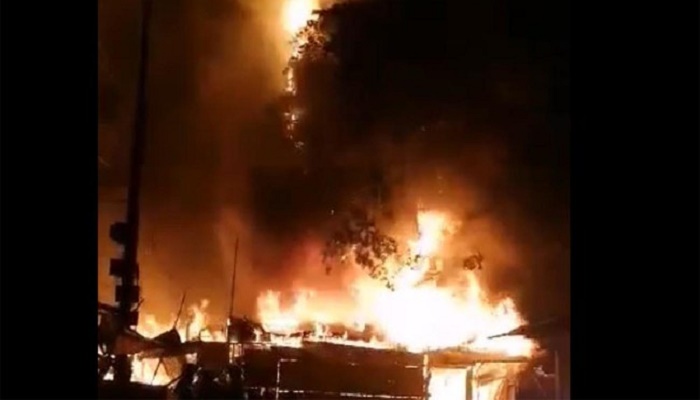 Fire broke out at the slum around 10:03pm, said Mahfuz Riben, duty officer of the Fire Service and Civil Defence headquarters control room.

Thirteen units of fire-fighters rushed to the spot and brought the flame under control at 11:10pm.

The reason behind the fire could not be immediately known.

Injured persons have been admitted to Sheikh Hasina National Institute of Burn and Plastic Surgery (SHNIBPS).

Details as to identities of the injured people and magnitude of injury could not be known till filing of this report.