J-K under India ahead of Pakistan occupied A-K in terms of literacy, employment and other indicators 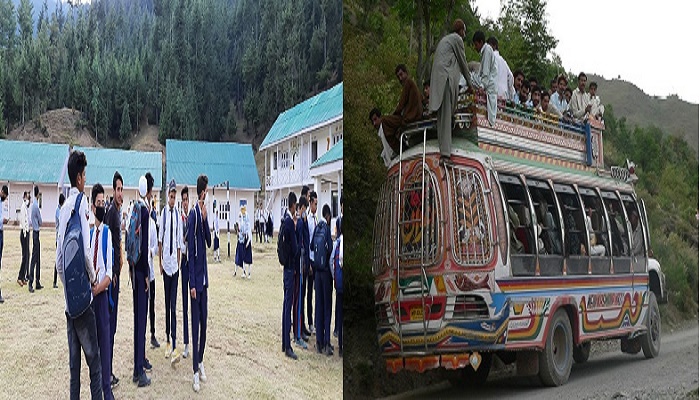 Jammu-Kashmir being a territory of India is ahead of Azad-Kashmir occupied by Pakistan in terms of literacy, healthcare, employment, per capita income and other indicators.

India does more to promote literacy, healthcare, employment and infrastructural development in Jammu-Kashmir compared to the poor initiative of Pakistan, causing precarious situation of the people Azad-Kashmir.

Here are 10 points that prove which government treats its people better, according to a study report released by Delhi-based organisation Law and Society Alliance.

Budget allotted to PoJK by Pakistan and JK by India

Kashmir has been a constant subject of conflict between India and Pakistan. While for India, Jammu and Kashmir, Pakistan Occupied Kashmir and Gilgit Baltistan are all part of India, for Pakistan, PoK is a territory that it has claimed is ‘azaad’, however, it is firmly under the rule and occupation of Pakistan. Gilgit Baltistan, similarly, is also under the Pakistani occupation. The three regions have seen an extremely different growth trajectory and standard of living indices under the direct rule of India and Pakistan.

A study released by organisation Law and Society Alliance lists the comparison between PoJK, JK and Gilgit-Baltistan as far as the condition of living is concerned.

Essentially, India allocated funds which as 16 times higher compared to the amount spent by Pakistan in Pakistan occupied Kashmir.

The literacy rate in Gilgit-Baltistan is at an abysmal stage, per the report. The report cites Pakistani non-profit organisation Pakistan Institute for Peace Studies, Islamabad (PIPS) to say that the literary rate in the area is a abysmal 14% for men and 3.5% for women.

In Pakistan Occupied Kashmir, the literacy rate is far better, standing at 60%.

The report states that there are currently six small and big universities in PoJK. Except for the University of Azad Kashmir, all other universities were founded in the 21st century and are yet to be fully developed. Besides, there are two small universities in G-B region with small numbers of student enrolments. The Karakoram International University has a comparatively higher number of enrolments than the Baltistan University – which was founded recently in 2017.

According to the report, India spent $1.55 Billion on education in JK, has 12 Universities and a literacy rate of 67.16%.

In Pakistan Occupied Jammu and Kashmir, Pakistan spent $173 million, has 6 universities and a literacy rate of 60%.

What is worse is that there is no record per se of any expenditure in Gilgit Baltistian. It has only 20 Universities and the literacy rate is less than 20%.

The budget of Pakistan Occupied Jammu and Kashmir for health in the fiscal year 2019-20 was US$62 million.14 Whereas, India allocated $ 618 million for health in year 2019. The comparison of relative health expenditures of both the governments reflects a similar trend observed in education expenditure, as the budget allocated by India in Jammu and Kashmir is approximately 11 times more than that by Pakistan in PoJK.

Interestingly, while Pakistan infant mortality rate is 62 per thousand infants, it does not even include PoJK and Gilgit-Baltistan while measure IMR. Considering the undevelopment of these regions, the IMR is expected to far greater in these regions, according to the report.

The report says, “available statistics suggest that G-B’s maternal mortality ratio hovers between 250 and 600 per 100,000 live births – among the highest in Pakistan”.

Besides, people under Pakistani occupied region are deprived of better language, freedom of religion, human rights, freedom of expression and association and laws leading to human rights.