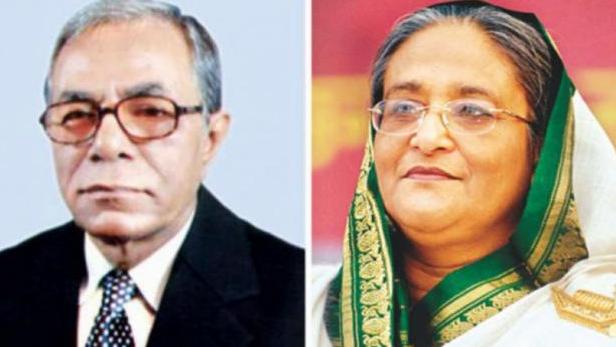 President Md Abdul Hamid and Prime Minister Sheikh Hasina, in separate messages, greeted all members of the police or law enforcers on the occasion of the Community Policing Day to be observed throughout the country on Saturday.

In a message on the eve of the occasion, the President said Bangladesh Police is playing an admirable role in maintaining internal security, law and order and crime controlling and upholding human rights.

In recent times, the police have had significant success in combating militancy and terrorism, defending democracy and ensuring public safety, the head of the state said.

He added that the unique example of patriotism, professionalism and humanity set by the police personnel, especially during the coronavirus period, has greatly enhanced the image and dignity of the police to the common man.

In her message, Prime Minister Sheikh said in the five years since the commencement of community policing activities across the country, 11,17,080 community policing members have worked together in partnership with the police through 60,918 committees, achieving significant success in crime control and solving various social problems.

The premier urged all to work together to help the police in international, regional and local crime prevention activities.

Increasing the overall capacity including manpower and budget, the Awami League led government is continuing to take and implement various activities to strengthen the human resource management of the police with the aim of building a safe and peaceful country, she said.

The premier recalled the success of police, saying that the Bangladesh Police has a glorious history in the great liberation war of 1971.

She hoped that in the Mujib year, the members of police will serve the people imbued with the ideology of Father of the Nation Bangabandhu Sheikh Mujibur Rahman, the greatest Bengali of all time.

Both the President and the Prime Minister wished the overall success of all the events of ‘Community Policing Day-2020’.