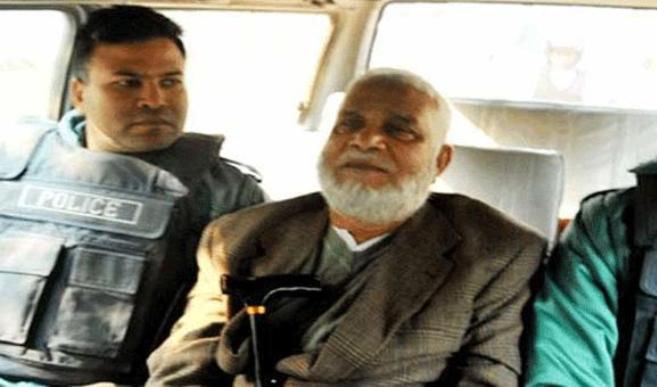 Convicted war criminal Syed Mohammad Qaisar has filed a petition with the Appellate Division of the Supreme Court, pleading to review its judgement that upheld his death sentence initially awarded by International Crimes Tribunal for crimes against humanity committed during the 1971 Liberation War.

Lawyer Tanvir Ahmed Al Amin filed the petition on behalf of Qaisar on Thursday seeking seeking his acquittal on 18 grounds.

The SC will fix a date for later on, hearing the review petition, Tanvir said.

The Supreme Court, on January 14, upheld the death sentence of Qaiser for his war crimes in 1971.

BNP- turned-Jatiya Party leader was awarded death sentence by International Crimes Tribunal on December 23, 2014 as charges against him proved beyond reasonable doubt.