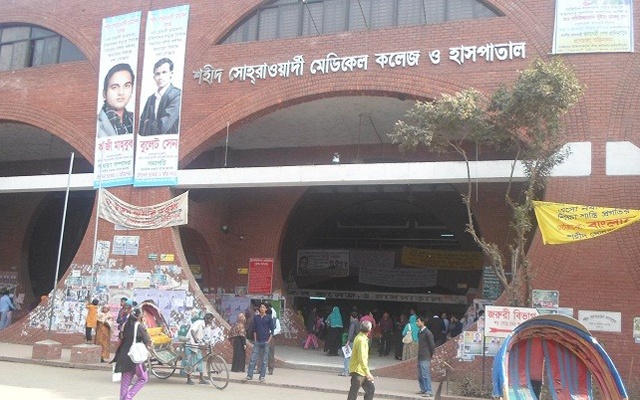 The health minister has initiated a move to temporarily suspend Shaheed Suhrawardy Medical College and Hospital’s director Dr Uttam Kumar Barua for causing the government financial damage by purchase anomaly. As a part of the process, the ministry decided to file a departmental case against him on Thursday.

The ministry also served a show-cause notice to the hospital director on the same day.

The notice said that the director wasted the government Tk6.40 crore by setting overprices for three Operation Theatre (OT) lights (each at Tk 79.85 lakh), two coblation machines and two anesthesia machine with ventilator.

Subsequently, he has been asked to explain in ten working days as to why actions would not be taken against them for violating the Government Servants (Discipline and Appeal) Rules, 2018.

The notices at the same time asked whether the accused want private hearings.

Earlier, the Anti-Corruption Commission (ACC) filed a case against two people including Uttam Kumar Barua on charges of misappropriating around Tk 6 crore from the hospital.

Md Jalal Uddin, assistant director of the anti-graft body, lodged the case with its integrated district office-1 in Dhaka against Prof Uttam Kumar Barua and businessman Munshi Farrukh Hossain under section 409/109 of Penal Code and 5(2) of Corruption Prevention Act-1947.