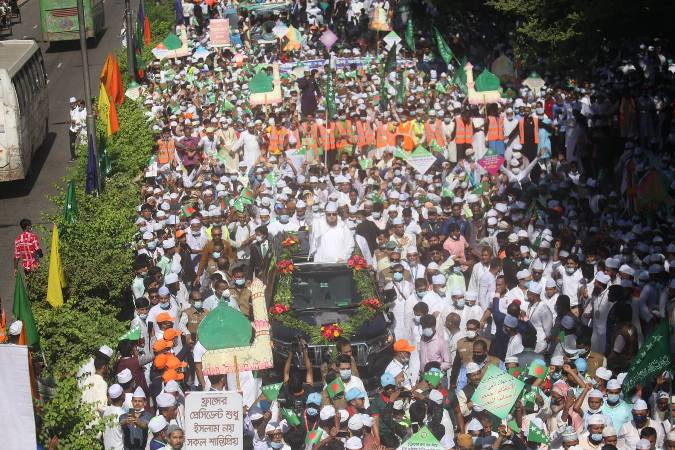 Holy Eid-e-Miladunnabi, the birthday of Prophet Muhammad (pbuh), is being observed in the country on Friday with due religious solemnity.

On this day in 570 AD, the 12th of Rabiul Awal of the Hijri calendar, Muhammad (pbuh) was born in Makkah of Saudi Arabia with divine blessings and messages of peace for mankind. He also passed away on the same day.

The Muslims across the country joined special prayers marking the day.

Different government and non-government organisations, including the Islamic Foundation, have chalked out elaborate programmes to mark the day.

President M Abdul Hamid and Prime Minister Sheikh Hasina on Thursday issued separate messages on the eve of Miladunnabi, greeting the countrymen and Muslims across the world.

The programme includes delivering sermons on the life and works of Prophet Muhammad (pbuh) after Maghrib and Isha prayers every day, recitation from the holy Quran, singing of Islamic songs, recitation of poems and organising seminars jointly with Bangladesh Betar.

Islam's most important prophet, held by his followers to be the Last Messenger of Allah, passed away on the same date in 633 AD.

Bangladesh Television (BTV) and Bangladesh Radio will be airing special programmes highlighting the importance of the day.