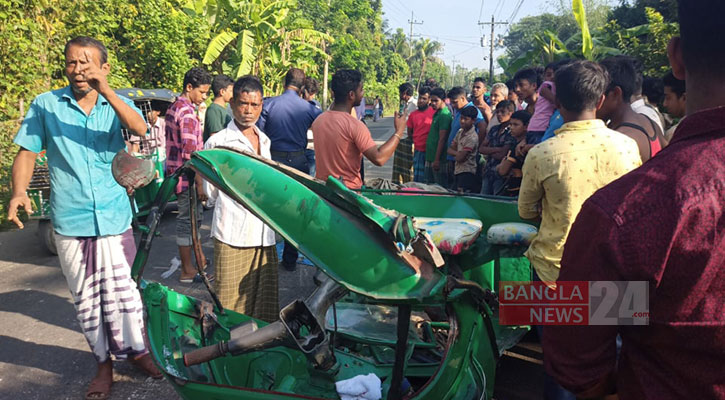 Two people were killed and three others injured in a head-on collision between a bus and a CNG auto-rickshaw on Daganbhuiyan-Basurhat road of Feni on Friday morning.

The deceased were identified as Jakaria, son of Solaiman, hailing from Phulbari and Ainul Haque, son of Bachchu Mia, from Netrokona.

Imtiaz Ahmmed, officer-in-charge (OC) of Daganbhuiyan Police Station, said the passenger bus of ‘Dreamline’ collided with the auto-rickshaw from Feni coming from opposite direction at 8:00 am, leaving two passengers of the rickshaw dead on the spot and its three passengers injured.