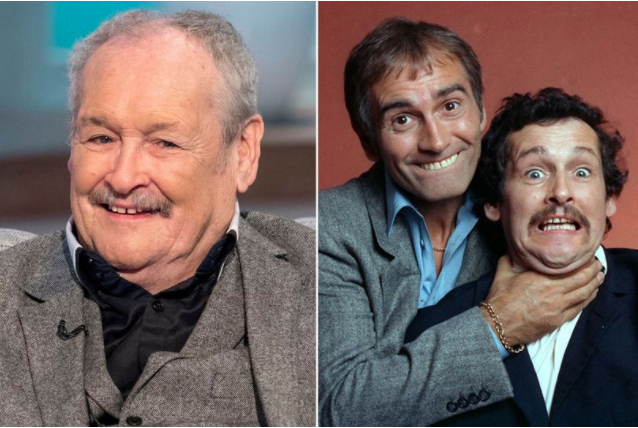 Bobby Ball, one half of the comedy double act Cannon & Ball, has died at the age of 76 after testing positive for Covid-19, his manager has said.

A statement said: "It is with great personal sadness that on behalf of Yvonne Ball, and the family, and Tommy Cannon, I announce that Bobby Ball passed away at Blackpool Victoria Hospital on the 28th October 2020 approximately 21:30.

"Bobby had been taken to the hospital for tests as he started with breathing problems. At first it was thought to be a chest infection but a test proved positive for Covid-19.

"His wife Yvonne said the hospital and staff could not have been more wonderful, as they were outstanding in their care of duty and they did everything possible for him and she cannot praise them enough.

"Yvonne added that their need for privacy at this time has to be a priority. No further announcements or statements will be made."

The actor, comedian and singer, real name Robert Harper, is best known for hosting the ITV's The Cannon and Ball show for nine years with with his best friend Tommy Cannon.

He went on to star in various dramas and sitcoms including Last of the Summer Wine and Heartbeat.

In 2005 he took part in reality series I'm A Celebrity. Get Me Out of Here!, where he finished in sixth place.

Since 2009 he played the role of Frank in long-running BBC Sitcom Not Going Out, alongside Lee Mack.

We'll be bringing you the latest updates on this breaking celebrity news story.