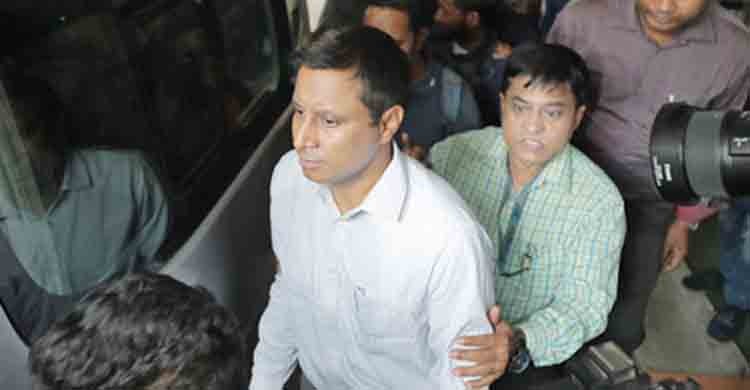 Today was fixed for holding a hearing on the matter, and the accused was produced before the court for that. But Judge Nazrul Islam of Dhaka Special Judge Court-10 reset the date, allowing a time plea of the defence.

Earlier on August 31, Dhaka Metropolitan Sessions Judge KM Imrul Qayesh accepted the charge-sheet filed by the Anti-Corruption Commission (ACC) on August 24, and transferred the case to this court for further proceedings.

Partha, who was working at Sylhet Central Jail, was arrested by the ACC on July 28, 2019, as it recovered Taka 80 lakh from his North Green Road flat.

“He did not declare the money in his income tax file, making us believe it was amassed illegally,” ACC director Mohammad Yousuf said on that day.

Partha during his arrest, said the car he was using and was being kept at the parking space owned by him, actually belonged to his friend. Of the money, Partha said, Taka 30 lakh was given to him by his mother-in-law and 50 lakh was earned by him during his years in service.