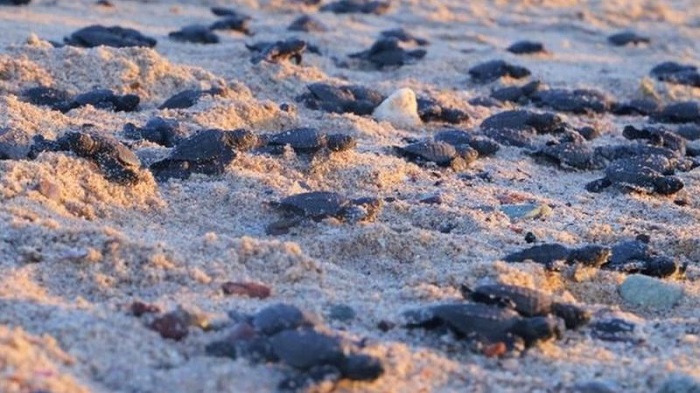 Record numbers of an endangered species of turtle have hatched on a beach in northern Mexico, believed to be the result of reduced human activity during the coronavirus pandemic.

The indigenous Seri community in Sonora State said it released more than 2,250 baby olive ridley sea turtles into the Gulf of California.

The community usually releases about 500 of the small creatures every year.

Fishing and tourism limits mean their beach nests have not been as disturbed.

The olive ridley sea turtle, which is under threat globally, lays its eggs on the beaches of a number of Mexican states between May and September.

The species is considered to be facing a high risk of extinction in the wild. 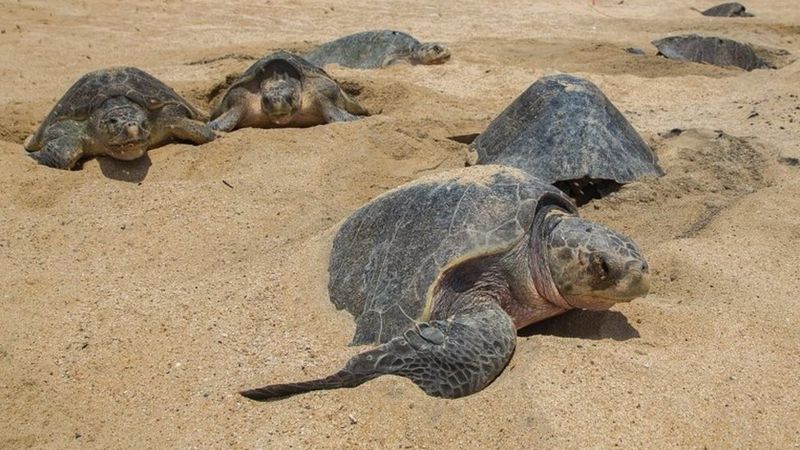 Mexico banned the capture of sea turtles in 1990, and there are stiff penalties for anyone caught hunting them.