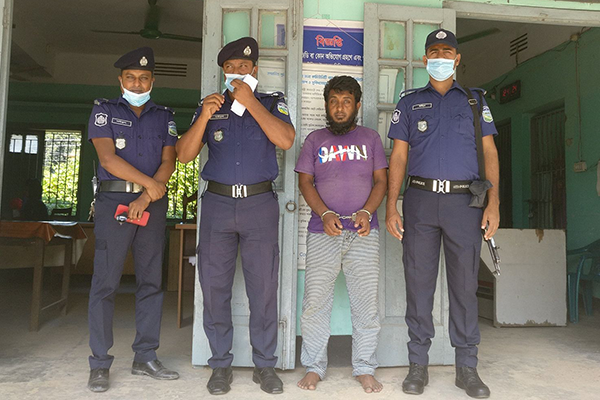 Police have arrested a man for allegedly raping his fifth-grader step daughter at Katli village in Municipal town of Netrokona on Wednesday night.

The arrestee is identified as Russel Mia, 32, hailing from Manikganj.

According to the police, the second husband of the victim’s mother has been molesting the girl for a long time. As the matter come to light, the locals informed it to police.

Tajul Islam, officer-in-charge of Netrokona Model Police Station, confirmed the incident, adding that the girl filed a case against him in this regard.