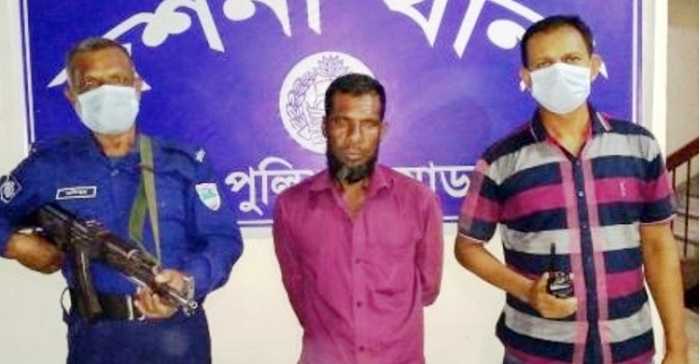 Police have arrested a man for allegedly raping his 7-year-old grand-daughter in Sadar upazila of Chuadanga on Wednesday night.

The arrestee is identified as Montaz Ali, 55, son of late Khokai Mandal, hailing from Naodaga Harishpur area of the upazila.

On October 20, Montaz allegedly raped the girl at night when her parents were visiting relative’s house. Later, the child informed about the matter to her parents after they returned home.

The victim’s mother filed a rape case against Montaz Ali in this connection on Wednesday night.

The investigating officer of the case, Inspector Sheikh Mahbubur Rahman, confirmed the matter, adding that the accused Montaz confessed to his involvement in the incident.