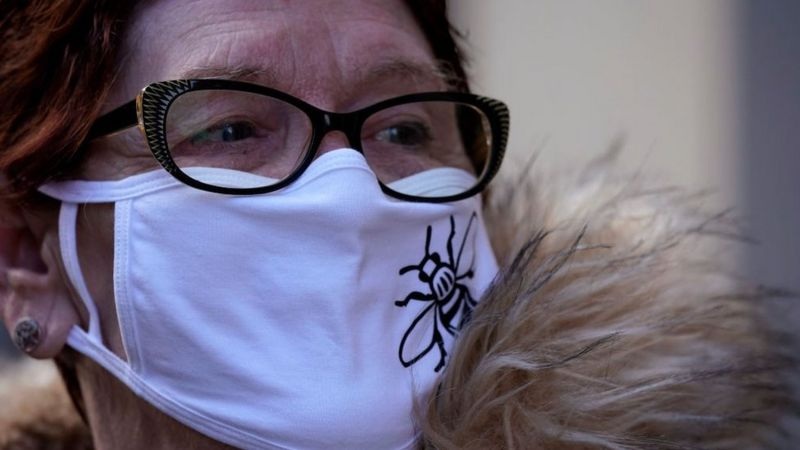 Nearly 100,000 people are catching coronavirus every day in England, a major analysis suggests.

The study, by Imperial College London, says the pace of the epidemic is accelerating and estimates the number of people infected is now doubling every nine days.

The authors say we are at a "critical stage" and "something has to change".

France and Germany have turned to forms of lockdown to control the virus.

The government here is sticking to its regional strategy.

Experts are warning that we are fast approaching the peak in infections seen in the spring.

The React-1 study is highly influential because it is the most up-to-date assessment of Covid-19 in the country, with the last swabs taken only on Sunday and nearly 86,000 volunteers taking part.

It shows cases are rising in every age group and in every region of England, BBC reported.

While cases are currently highest in the North, infections are surging more rapidly in the South.

The study compared the latest swabs collected between 16 and 25 October with the last round of swabs, between 18 September and 5 October.

-The number of people infected has more than doubled since the last round, with one in every 78 people now testing positive.

-The hardest hit area is Yorkshire and the Humber, where one every 37 people has the virus, followed by the North West region.

- Three times as many people aged 55-64 are infected and twice as many over 65s.

-The pace of the epidemic has accelerated with the R number - the number of people each infected person passes the virus on to on average - increasing from 1.15 to 1.56.

-Overall, the number of people infected is doubling every nine days.

- Cases are spiking in young people in the South West in a repeat of the pattern seen in northern England just over a month ago.