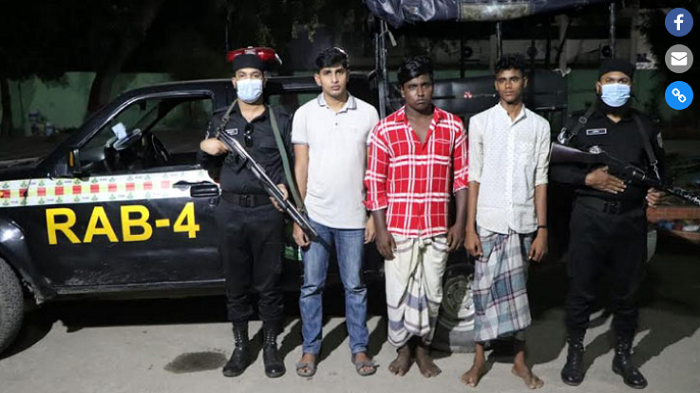 Members of Rapid Action Battalion (RAB) arrested three drug dealers in a drive with 29 kg hemps at Borobazar area under Darus Salam Thana in the capital on Tuesday.

The arrestees are identified as Jashim Sikdar, 25, Shukhon Mia, 18, and Rakib Hasan, 16.

On secret information, a team of RAB raided capital’s Borobazar area and arrested three drug dealers and seized 29 kg of hemps and mobile from their possession, said the ASP.

The arrested dealers used to collect drugs from the border areas of the country and later they supply in different parts of the country including Dhaka with unique tactics by hoaxing law enforcers during the pandemic, he added.

Legal action is being taken against the detainees, he further said.