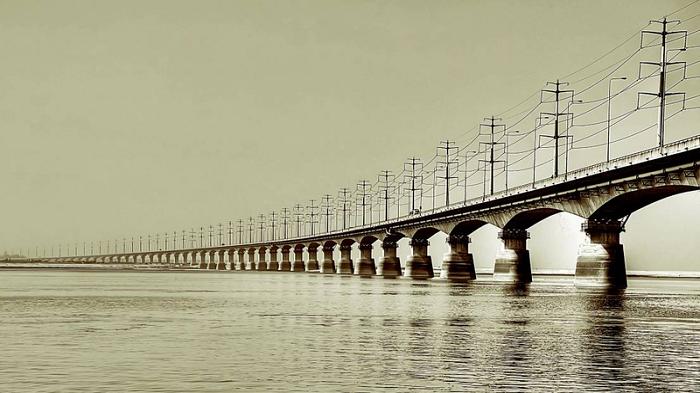 Railway Minister Nurul Islam Sujan on Wednesday said that Prime Minister Sheikh Hasina will lay the foundation-stone of the Bangabandhu Railway Bridge on Thursday, which will be constructed over the Jamuna River next to the Bangabandhu Bridge.

“Processes including tenders and contracts have been completed for the construction of the bridge… Prime Minister Sheikh Hasina will officially lay the foundation stone of this railway bride on November 29,” the minister said while inspecting the site of the railway bridge in Saidabad area of Sirajganj this afternoon.

The construction work of the bridge will start after the Prime Minister unveils the foundation stone, he said.

He also said that, “The project will be implemented in Sirajganj and Tangail. With this new railway bridge, trains will be able to run at a speed of 100 kilometers per hour on two lines.”

The project is expected to be done by 2025, added the minister.