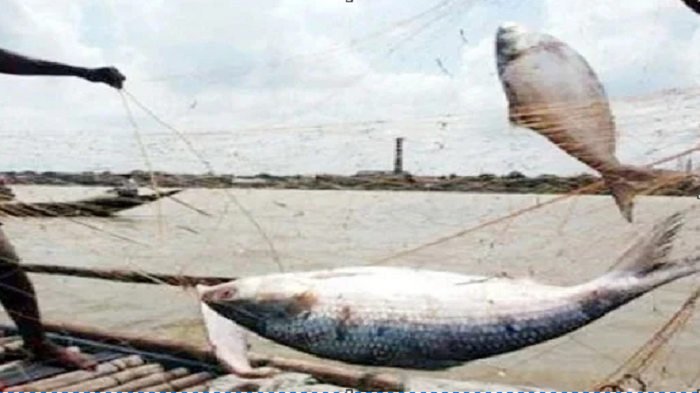 The government has recovered fishing nets worth over Taka 1.15 crore and set fire after recovering it during drives for last two weeks in the district for catching Illish illegally violating the government restriction on catching fishes effective from October 14.

“A total of 81 mobile courts conducted 144 drives in different rivers across the district and recovered 5,597 meters monofilament synthetic nylon net, widely known as current jal, worth of Taka 1,15,47,500 in the last fifteen days”, according to the official source here today.

The mobile courts comprising with executive magistrates and upazila nirbahi officers (UNOs) have jailed a fisherman for a month and realized Taka 63,000 fines in cash after filing other seven cases.

The courts also have seized a total of 81 kgs mother illish during these drives conducted in Katcha, Baleshwar, Sandtha, Pona and Kaliganga rivers in the districts.

Besides, the mobile courts also have conducted more 11 drives and recovered 20,500 meters nets in the last twenty-four hours.

“The government has imposed the 21 days fishing ban till November 4 as a big chunk of egg-bearing Illish usually come to estuaries from the sea to release eggs during this time”, said M Abdul Bari, district fisheries officer, adding that the government restriction on catching fishes during this time has shot up the production of the national fishes significantly.

During the period, the government has disbursed 340 tonnes rice among 17000 registered fishermen in the district –where each fisherman gets 20kg rice during this time.