Nigeria to strengthen ties with Bangladesh 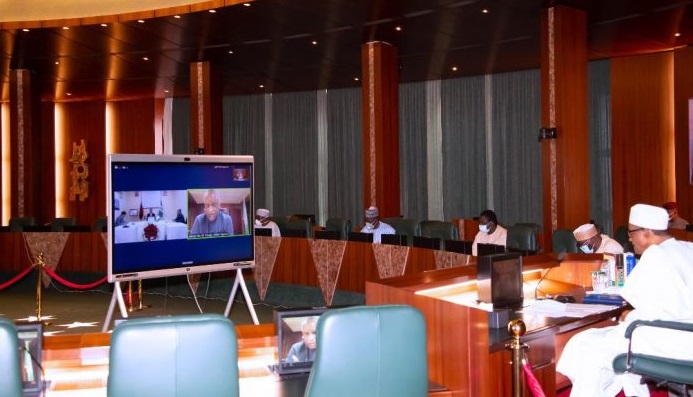 Nigerian President Muhammadu Buhari has said that Nigeria and Bangladesh will consolidate the mutually rewarding relationship between the two countries.

President Buhari made the statement while bidding farewell to Shameem Ahsan, High Commissioner of Bangladesh to Nigeria on Tuesday (Oct 27) on a digital platform.

During the farewell audience, the President warmly congratulated the Bangladesh envoy for the achievements made during his tenure and felicitated him for his next Ambassadorial assignment.

The President pointedly mentioned about the on-going cooperation in the fields of agriculture and defence while expressing satisfaction about the growing relationship between the two friendly countries.

The outgoing High Commissioner sincerely thanked the Nigerian government for the generous support and cooperation he received during his tenure.

Ahsan  expressed deep satisfaction that there had been notable developments in bilateral relations namely, unveiling of a Commemorative Stamp, released by the NIPOST (Nigerian Postal Service) to mark the birth centenary of Father of the Nation Bangabandhu Sheikh Mujibur Rahman by the Foreign Ministers of Bangladesh and Nigeria, signing of an MoU between the Foreign (Permanent) Secretaries of the Foreign Ministries of the two countries on Bilateral Consultations and MoU between two national Chambers (FBCCI and NACCIMA), among others.

While stressing on utilization of untapped huge potentials to expand bilateral trade and economic relations, Ahsan mentioned that two-way trade between two countries increased from US$ 11.27 million (FY2018-19) to US$ 144.75 million (FY2019-20). The High Commissioner expressed satisfaction that over 60 team-members from Bangladesh visited Nigeria for various events during 2018 and 2019.

He sincerely thanked Nigeria for its constructive role on the issue of forcefully displaced Myanmar nationals at the UN, OIC and other forums. The High Commissioner drew the attention of the Nigerian President about opening of a resident Mission in Dhaka.

Finally, the Bangladesh High Commissioner extended an invitation to the Nigerian President to visit Bangladesh on behalf of the President and Prime Minister of Bangladesh.