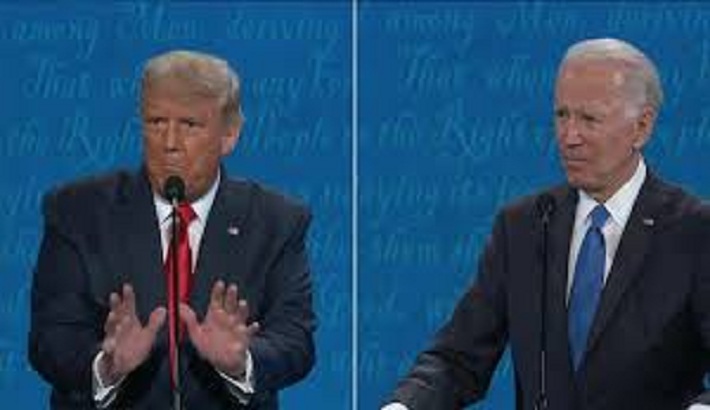 In Georgia, Biden said that Trump's handling of coronavirus amounted to a "capitulation".

Trump kept blitzing the swing states that he won in 2016, warning in Michigan that its "economic survival" was on the line if Biden won, BBC reported.

According to opinion polls, Trump lags behind with a week to go.

But the race is tighter in critical battleground states such as Arizona, Florida and North Carolina.

More than 69 million people have already voted early by post or in person in a record-breaking surge driven mainly by the coronavirus pandemic.

On Tuesday, Trump held rallies in Nebraska and two states he snatched from Democrats in 2016: Michigan and Wisconsin.

In Lansing, Michigan's capital, he warned: "This election is a matter of economic survival for Michigan."