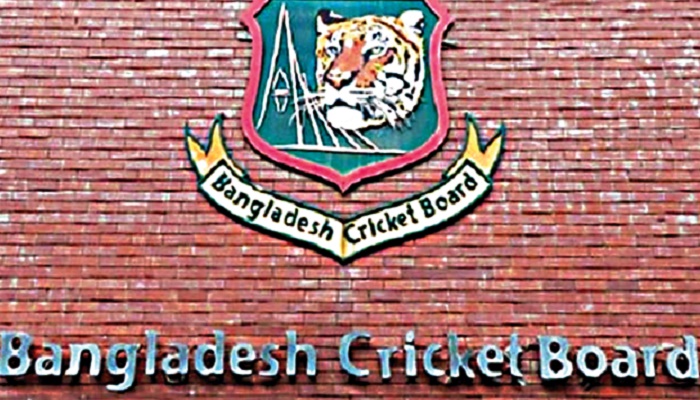 The Bangladesh Cricket Board announced on Tuesday that the upcoming domestic T20 tournament will be named as “Bangabandhu T20 Cup 2020”.

The Bangladesh Cricket Board (BCB) invites Expression of Interest (EOI) from reputed business houses, companies, parties, agencies, consortiums and individuals for teams rights of the five participating teams of the tournament, scheduled in November-December 2020.

A detailed document (General Guideline) related to EOI will be available at the BCB Management Office and on the BCB’s Official Website: www.tigercricket.com.bd

The EOI must be submitted to the BCB Management Office at Sher-e-Bangla National Cricket Stadium, Mirpur-2, Dhaka-1216, and Bangladesh by hand or courier before the close of business hours on Sunday 1st November, 2020.

The BCB reserves the right to accept or reject any or all offers at its sole discretion without assigning any reason. The BCB also reserves the right to cancel the entire EOI process and / or modify, add or alter the terms of the document and/ or the conditions for EOI by issuing an addendum(s) at any time prior to the submission of the EOI.

BCB president Nazmul Hasan said that they are ready to take up the challenge of bringing back cricket on a bigger scale after successfully completing the BCB President’s Cup on Sunday.

BCB President’s Cup, the first competitive cricket tournament, since the coronavirus pandemic, ended without any trouble as Mahmudullah XI clinched the championship after beating Nazmul XI by seven wickets at Sher-e-Bangla National Cricket Stadium in the capital.

BCB considered the three-team 50-over competition involving the top players of the country as a test-run before resuming domestic cricket on a larger scale as BCB is planning to bring cricket back to the field.

BCB now looks adamant to host the five-team T-20 tournament after successfully completing the President’s Cup under the new-normal environment that includes keeping the cricketers and the members of the team management under the bio-bubble by isolating them in a hotel during the entire tournament.

“The next stage is now we want to do a T20 tournament. It was a three-team tournament earlier and now there will be five teams. It will be challenging for us as well,” Papon told reporters after the prize giving ceremony.

“It will be difficult but we are taking up this challenge and hopefully it will start on November 15. We will give the details tomorrow. We will give an expression of interest as to who wants to be the sponsor for these five teams. We will fix it according to that,” he added.