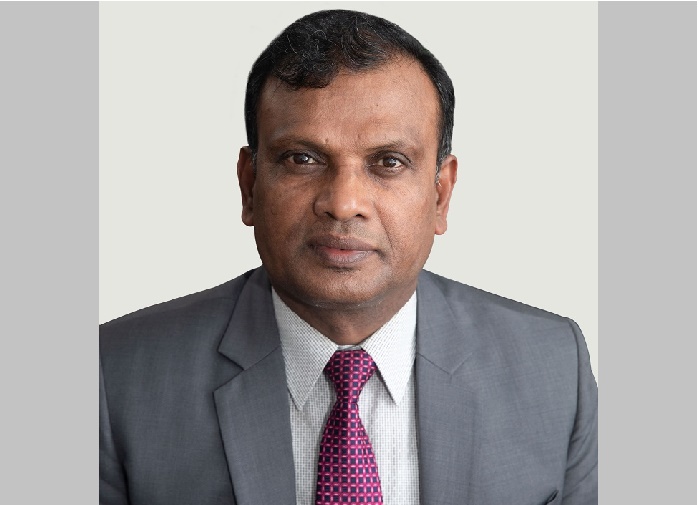 Bangladesh’s energy consumption has bounced back thanks to the resumption of economic activities —after a drastic fall in fuel usages amid the coronavirus pandemic, Energy and Mineral Resources Division Senior Secretary Md Anisur Rahman told to the Daily Sun in an exclusive interview.

“Currently, we are supplying 600-700 mmcfd of imported LNG to the national grid to meet the growing demand for natural gas.”

Besides, four fertilizer factories out of seven were also consuming 144 mmcfd of gas for urea and other fertilizers production.

“Most of the industries remain shut and all the industries were given flexibility in paying bills in installment facility during the first three months during COVID-19 outbreak starting from April. We could not generate the expected revenue during that period, but now we are seeing stability in revenue generation because the economic activities have returned to normality,” said the senior secretary.

During the Covid-19 pandemic, Energy and Mineral Resources Division has taken several new initiatives in addition to the existing projects.

Anisur Rahman said since 2019, they have been focusing on this sector keenly through LNG importation to ensure uninterrupted gas supply in the market.

“Not only we are importing LNG from Qatar and Oman (long-term contract) but also we have started procuring LNG from spot market recently.”

The government started importing LNG from spot market from this February and began providing the LNG in the supply gas supply from September 25, 2020.

“Through the same cargo from the spot market, we have imported LNG which saved the import cost worth Tk 390 million from Qatar and Tk 290 million from Oman.”

At present, we have a plan to bring three cargos this year. Of the three cargos, one will reach Bangladesh in November and the other two will arrive in December.

“So in order to ensure energy security, we have planned to procure from the spot market and ensure uninterrupted supply to the consumers.”

He said the promising advantage of buying LNG from spot market is that the price is lower but it needs to be procured within a short time. “However, the spot market is always not a viable source for LNG. The price increases when there is demand during December and January in the global market.”

Regarding the private sector’s performance in the energy sector, he said currently, LPG in the private sector is now in a good condition because the price in the global market is now low. “They are supplying cylinders at Tk 900-950.”

Also, 10 years ago the demand for LPG was 70,000 tonnes, which has now soared to 700,000 tonnes. Currently, around 22 LPG products are available in the market. Their market will grow extensively because household gas connections are no longer being provided in the country. So this is a prospective sector for the private sector.

“We will propose a fixed price considering all the relevant aspects so that consumers can get benefited from it,” he said.

About the petroleum fuel sector, he said oil price is still quite low in the global market at $40-$45 per barrel. In the last few years, Bangladesh Petroleum Corporation (BPC) has been in a positive financial state and several large projects are underway with their own funding. For instance, Single Point Mooring (SPM) is one of the projects by which BPC can bring oil from the cargos directly to their main plant and if this project becomes successful, Tk 8000 million will be saved in the total costing.

Till now, a lot of work has been done in the energy sector, for instance, Bangladesh Petroleum Exploration and Production Company Limited (BAPEX) discovered Srikail gas field. Srikail gas field can provide 10 mmcfd daily and if this goes on it will be able to supply for 10-15 years.

BAPEX has also completed the drilling of wells at a low price and within a short amount of time. About 7.5 km pipeline installation is underway in order to connect the Srikail East-1 with the gridline. “We have initiated the project during Covid-19, pandemic.”

He said they are expecting that the project will complete soon and they will be able to supply the processed gas from January 2021. At the same time, several initiatives are also underway to activate the ineffective gas field. “Thus we will be successfully supplying enough gas to meet the market demand.”

BAPEX has also started drilling work on the Haripur Borobari gas field (syl-9) from 1 October 2020 to extract the gas and oil from the syl-9 well.

“We are expecting a good news in the middle of November.”

“There is a perception that we don’t use BAPEX,” he said with frustration and added, “This is not actually true because we have used BAPEX in the last 7-8 months extensively.”

BAPEX has six rigs and of them, one rig remains useless. In order to activate it and resettle the rig, we have also taken the necessary steps, he informed.

Country’s first magnetic mine or iron ore was found at Dinajpur’s Hakimpur upazila. “Though we kicked-off a project to measure the extractable iron from the magnetic mine in Dinajpur, it remained incomplete due the Covid-19 pandemic.”

He said they have decided to terminate the project and hand it over to Petrobangla so that they can run the project on a priority basis and measure the extractable iron from the magnetic mine within one or one and half years.

“Moreover, we have also found coal mine as well and there is a project running to extract coal as there is a debate around the coal mining methods. There is debate on open-pit mining and underground mining in our country.”

He said some believe that open-pit coal mines can ruin the arable lands to a great extent. However, the authorities initiated the third phase of the Boropukuria coal mine project from May but it remained shut due to the Covid-19 crisis.

In the meantime, stored coals have been used to produce electricity and ensure uninterrupted power during the covid-19 period, the top official said.

“The good news is that we have already started the production from the beginning of September and it is still running by Chinese workers. As a result, the production rate has not met the normal rate yet but it is producing almost 2200 tonnes daily.”

“At the same time, country’s lone hard rock mine at Maddhyapara in northern Dinajpur remains closed amid the global pandemic but the production has already begun.” It is producing a maximum amount of over 5200 tonnes simultaneously, he informed.

About activities of BAPEX, he said, BAPEX has also worked on several projects, including the gas fields in Shahbazpur of Bhola.

Moreover, BAPEX at present has many projects in their hand, for instance, they are working for Titas now to work over on the well-7. While working over the well-7, it is very challenging to pull out the pipes. Hence, this project is taking extra time.

Earlier, companies who were responsible to drill wells changed $9-10 million. It has been four years now and the mobilisation cost also increased. “Considering the estimated costing, Gazprom is not taking that much. BAPEX has recently drilled a well in Baghrabad at a cost of more than $21 million.”

About inaccurate billing in gas consumption, he said they have also taken initiatives to ensure the use of prepaid meter across the country.

“According to our plan, customers will buy the prepaid meters and companies will install those meters accordingly. Other than this, we also have alternative plans as well but everything depends on the time. We will take this matter into account once the state minister arrives,” he said.

He said that there are so many gas lines in Dhaka that are 30 or 50 years old. These lines have become very fragile that needs to be fixed. It is inevitable that lack of coordination in the service sector is the primary reasons to be blamed.

“We have taken initiatives to increase the diameters of pipe as it is one of the major steps to improve the pipes’ condition. This project is worth Tk 12000 million and it will take three years to complete effectively.”

“By installing the prepaid meters and rehabilitating the pipes, we will be able to minimize the misuses that occur through the leakage. Leak detector will also be placed. SCADA system will be introduced as well in order to track the total usage, delivery, payment and other aspects as well.”

On 18 October 2020, in Pirozali area, Gazipur, Titas disconnected the gas connections of 1000 houses and 5km pipeline was lifted in the area as part of a drive against illegal gas connections.

Gas Transmission Company Limited has SCADA system which was installed in 2016 and it is functioning since 2018.

It is allowing us to track the total production and supply, amount of valve and non-valve, expenditure in fertilizer, electricity, even during the Covid-19. The data generates automatically, the senior secretary informed.

About improvement of efficiency in the gas sector, he said, they have suggested Bangladesh Power Development Board (BPDB) to shut those down which are not efficient. “For efficient energy, we need efficient equipment. We have listed down some specific power plants and told them to shut those down, otherwise; we won’t be able to supply enough gas.”

“Baghabari is one of the ineffective plants as it remains inactive most of the time and supplying gas to that plant is not wise. Moreover, there were complaints regarding this power plant so we have suggested shutting it down. We are not only focusing on the efficiency in the power sector but also rearranging everything effectively. For instance, many industries are replacing their existing generators with modern and efficient generators. As a result, gas demand reduced because they are installing 1200kw generator instead of 1500kw. So this is how they are utilising the efficient gas.”

The senior secretary said the energy sector faced a minimum impact during the coronavirus pandemic because they had to reduce internal production in April.

“We have also increased our supervision in order to avoid any kind of accident. It is mentionable that in the past we faced various barriers but due to the current crisis the, the scenario changed to a great extent.”