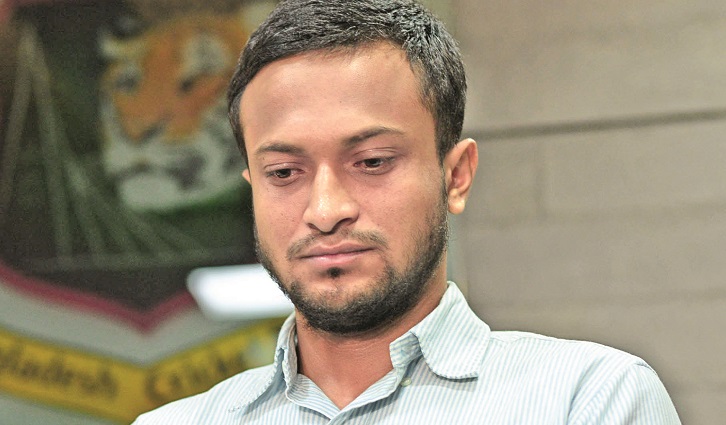 Bangladesh all-rounder Shakib Al Hasan is all set to resume competitive cricket as the ban imposed on him by International Cricket Council (ICC) for failing to report corrupt approaches is set to end Wednesday.

In October 2019, ICC imposed a two-year ban, with one year of that suspended, on Bangladeshi cricketer Shakib for violating its anti-corruption code.

ICC said that Shakib, who had been playing international cricket for more than 14 years, failed to report three approaches by match-fixing syndicates, all in 2018. 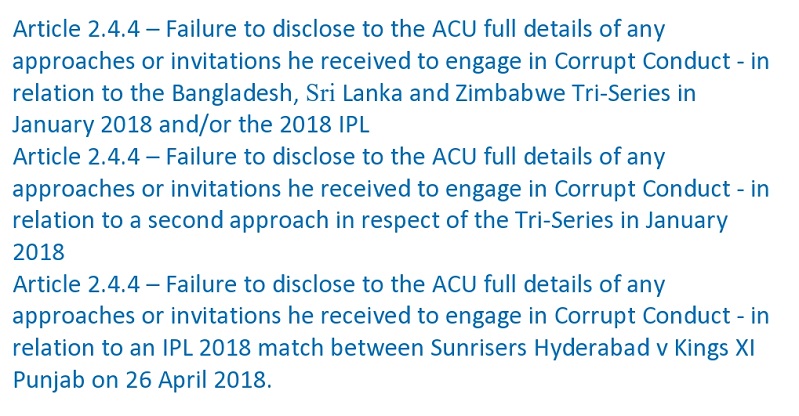 Under the provisions of the Code, Shakib chose to admit the charges and agreed to the sanction by ICC in lieu of an Anti-Corruption Tribunal hearing.

“Subject to him satisfying the conditions in respect of the suspended part of the sanction, he will be free to resume international cricket on 29 October 2020,” ICC said in a statement while announcing his ban.

Shakib, who was the Bangladesh national team's captain for Test and Twenty20 format, has not been found guilty of ‘fixing’ any cricket matches; he was only penalised for not informing the authorities about the approaches.

An extensive investigation from the ICC had found the Bangladesh all-rounder guilty of failing to report the several approaches made by bookie Deepak Aggarwal, notably on two occasions seeking team information during the 2018 Tri-series in Bangladesh in January and Indian Premier League (IPL) three months later.

While the investigation revealed that Shakib had WhatsApp conversations with the said bookie, including asking him to ‘meet first’, he had only grown suspicious of the latter's intentions much later. Shakib therefore decided not to act on it, but also did not deem it necessary to report the matter which subsequently landed him in trouble.

His ban rocked the country considering he was the poster boy of Bangladesh cricket across the globe through his superlative cricketing skills that helped him to be at the top of the ICC all-rounder list across format.

Shakib, 33, has scored more than 11,000 runs and claimed over 500 wickets in all formats of the game, making him one of the most celebrated cricketers in Bangladesh.

He was the third-highest scorer at ICC World Cup 2019 while his suspension came as a shock to the cricket-loving South Asian nation.

“But I think that was a silly mistake I made. Because, with my experience and the amount of international matches I have played and the amount of ICC's anti-corruption code of conduct classes I took, I shouldn't have made that decision (to not report), to be honest. I regret that. And I think no one should take such messages or calls (from bookies) lightly or leave it as it is. We must inform ICC ACSU to be on the safe side and that's the lesson I learnt, and I think I learnt a huge lesson,” he said adding that though he did not feel that he lost a lot of cricket but still it hurts him that he is unable to play cricket.

“I have realized that there are certain things that you cannot take lightly due to ignorance, and probably that is the biggest lesson I have learnt,” he added.

Shakib was at the forefront of a strike by Bangladeshi cricketers who were demanding a raise in salaries just before ICC suspended him. Many in Bangladesh believed the ban had something to do with Hasan's role in the strike. The cricketer, however, denied any political motivation behind the ICC's decision.

“ICC's Anti-Corruption Unit works independently. It's better not to interpret it as an act of revenge,” said Shakib, who believes that Bangladesh have a good chance to achieve something remarkable at the ICC World Cup 2023.

"We were very close to achieving something great last time, but we missed the chance due to small mistakes. But I am sure that we will play even better in the next World Cup, as it will be hosted in South Asia," Hasan told DW.

"I hope I can start where I stopped. It is the biggest challenge for me at the moment," he said.

Shakib is currently residing in USA and is expected to return to competitive cricket with the upcoming domestic season scheduled to commence November 15.