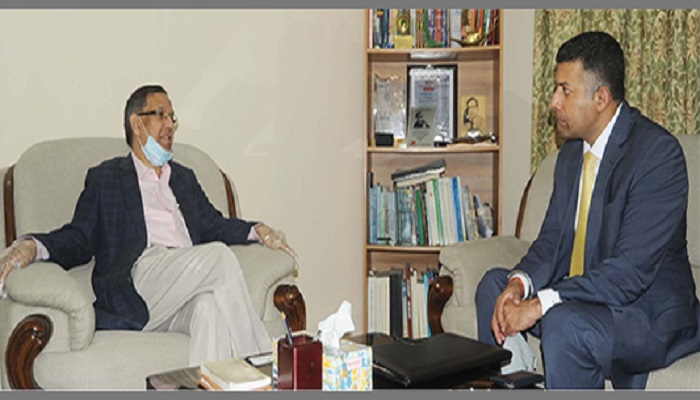 “The legal infrastructures of our countries are almost the same. So we discussed how to increase mutual cooperation between our High Court and lower court judges and lawyers and how our legal institutions can function to provide training for them,” Anisul Huq said after the call on, an official release said.

The minister said the bond between the two countries would only get stronger with time and the discussion with the Indian envoy was very cordial.

Lauding the development of Bangladesh’s judiciary and law minister’s contribution in this regard, the Indian envoy said the two countries can learn from and work with each other as the judicial systems of them are almost the same.