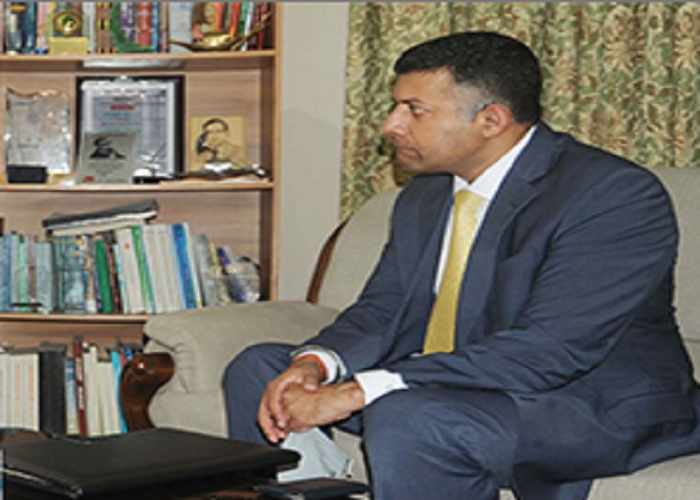 During the meeting, they discussed matters of mutual interest and exchanged views regarding enhancement of academic and research collaborations at DU, said a press release.

In this regard, fruitful discussions were also held about establishment of a museum at DU, renovation and beautification of old halls and academic buildings, creation of ‘Chair’ and exchange of students and faculty members.

They emphasized on exploration of new avenues of mutual cooperation, said the release.

On the occasion of DU centenary, the possibilities of signing MoUs between DU and Indian leading universities were also discussed during the meeting.

Akhtaruzzaman said friendly relations have been prevailing between Bangladesh and India for a long time.

These bilateral friendly relations will be further strengthened by undertaking joint collaborative academic and research programmes among DU and Indian universities, he hoped.