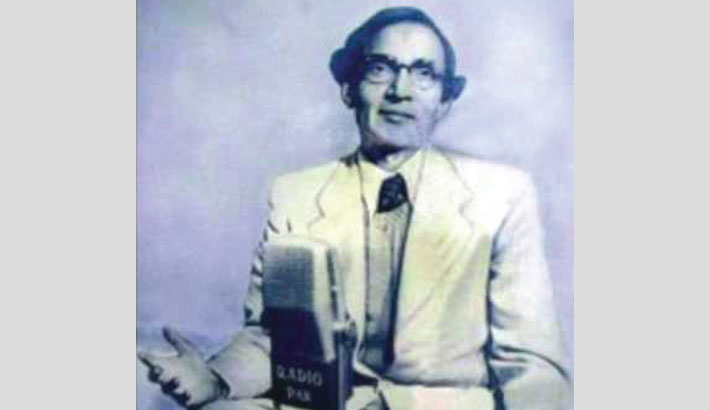 Different socio-cultural organisations have organised elaborate programmes in Bangladesh and India to mark the day.

Besides, different TV channels and radio stations will air an array of programmes to pay tribute to the music maestro.

Bengali folk singer and composer Abbasuddin Ahmed was born in Cooch Behar district of India on October 27, 1901. He was famous for Bhawaiya songs which is very popular in Rangpur  (Bangladesh) and Cooch Behar (India).

It is worth mentioning here that Abbasuddin earned fame during his school days through participation in musical soirees and cultural events.

Vocal disciplines like Bhawaiya and Chatka from greater Rangpur and Cooch Behar were some of Abbasuddin’s specialties.

The gifted singer had equal capabilities in other types of songs in modern, patriotic and Islamic genres.

For his invaluable contribution to music, late Abbasuddin was honoured with the Pride of Performance Award in 1960, Shilpakala Academy Award in 1979 and Independence Day Award in 1981, all in posthumous state.

Abbasuddin Ahmed was born at Balarampur in Tufanganj subdivision under Cooch Behar district of India on October 27, 1901. His father, Zafar Ali Ahmed, was a lawyer at Tufanganj court. Abbasuddin Ahmed passed away on December 30, 1959.