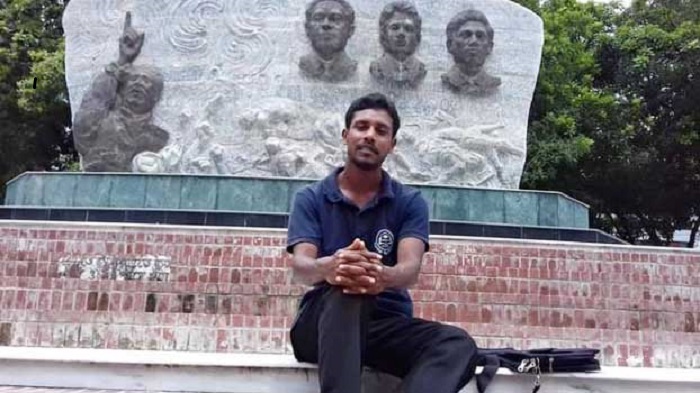 Members of Rapid Action Battalion (RAB) in a drive arrested two suspects from Rajashan Mahalla in Savar Municipal area early Tuesday in connection with the murder of a former Rajshahi Univerisity student.

The arrestees are Azad Sharif, 29, son of Nizam Sharif, hailing from Bagerhat and Dogi Roni, 30, son of Abdul Goni, resident of Dogormora area of Savar.

They are professional snatchers, said police.

A team of RAB-4 traced them using advanced technology and arrested them from the area early in the morning, said senior assistant superintendent of police Unu Mong of Rab-4.

Primarily, they confessed to their guilt. They were later handed over to police.

Former RU student Mostafizur Rahman, 30, son of Mojibur Rahman from Nowapara area of Rajshahi’s Durgapur upazila, was stabbed to death by unknown miscreants in Savar in the morning of October 24.