Fights erupt during 'Jews for Trump' rally in US’s Manhattan 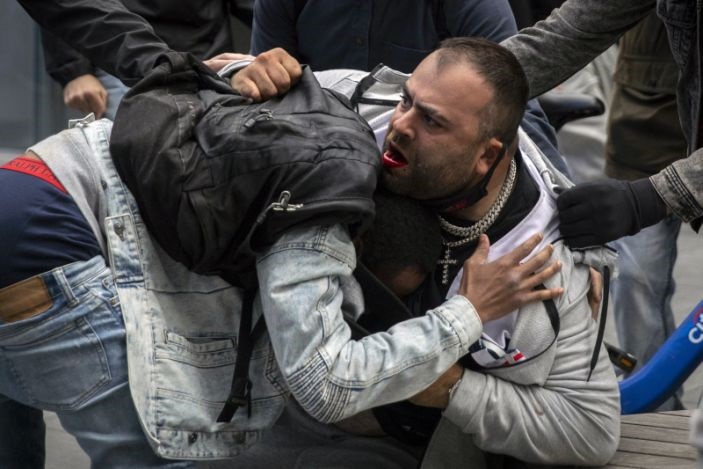 Political tensions over the upcoming presidential election escalated on New York City’s streets Sunday, as supporters of US President Donald Trump clashed with counterprotesters during a day of demonstrations.

Eleven people were arrested, police said, during skirmishes between opposing sides in Manhattan, where Rudy Giuliani, the president’s personal lawyer and the city’s former mayor, encountered protesters targeting a caravan of cars organized by a group that identifies itself as Jews for Trump, The New York Times reported.

All have been released except for a 36-year-old man who threw eggs in the faces of two police officers, police said.