Economic disparity at the core of his political campaign 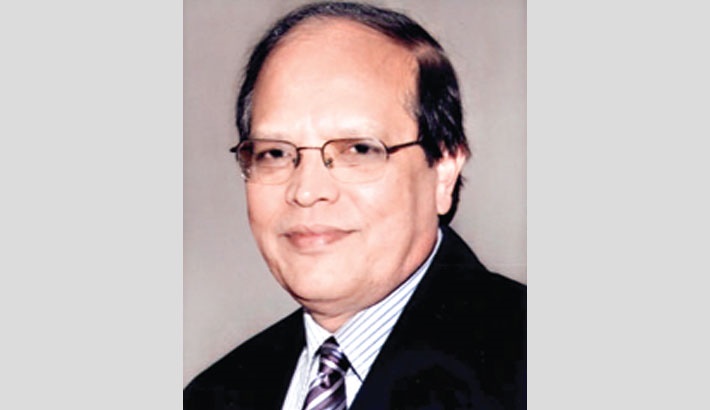 As we have followed the trajectory of the political journey of Bangabandhu from day one in this column, it has become crystal clear that the pains and deprivations of the ordinary people of East Bengal (today’s Bangladesh) hurt him the most. He joined the campaign for the creation of Pakistan solely to help emancipate the peasants from the clutches of the Zamindars and to provide enough freedom for the people to enjoy the fruits of independence in terms of food security and scope of human development, including better opportunities for their children to access quality education, health and other basic rights (see Rahman, Atiur, ‘Economic Thoughts of Bangabandhu’, The Daily Sun’s 10th Anniversary Supplement, 24 October, 2020). Unfortunately, the emergence of Pakistan appeared to be a ‘false dawn’ to Sheikh Mujib and his co-leaders, as the state was fully captured by a small clique who were bent upon denying all the legitimate rights to the people of East Bengal who constituted the majority  of the population of Pakistan. So, Sheikh Mujib started articulating the danger of the unsustainability of a state that was based on an unethical principle of all kinds of disparities.

In fact, East Bengal (later East Pakistan) had been neglected by the Centre since its independence. The West exploited the East and became developed at the cost of the latter. Located at the two ends of the large country India separated by more than one and half thousand miles, there was no scope of free movement of labour and other products or services between the two units.

Hence, the transfer of resources from the East to the West went on unabated. As the economic differences increased, the people of East Pakistan became more and more disappointed with the Central Government. Major portion of the public investment took place in the West and foreign earnings of the East was also used to finance development of the West. While more resources were mobilised from the East the less it got back through both revenue and development budgets. As a result, the economic disparities became clear to the people by the 1950s (Islam, Nurul, ‘Making of a Nation Bangladesh: An Economist’s Tale’, UPL, 2003,p.23). In fact, Sheikh Mujib got a better feel of it when he became the Minister of Commerce and Industries in 1956 and was able to locate the sources of these disparities. He, therefore, started bargaining with the central government to establish relevant licensing offices in East Pakistan to promote new entrepreneurs from East Pakistan. As a Chair of the Pakistan Tea Board, he also took measures to improve the condition of the tea industry in East Pakistan. He also spoke loudly at the Pakistan Constituent Assembly about the plight of the farmers and other disadvantaged segments of the population in East Pakistan, against the ruling elites cashing all the benefits from the resources generated by the ordinary people of East Pakistan. Most of the foreign exchanges earned by the East Pakistani jute growers was spent in West Pakistan, he argued.

It may be recalled here that Sheikh Mujib had become disillusioned by the affairs of the Pakistani state quite early on as we can see from an Intelligence Branch report made on the first Independence Day of Pakistan. The young Mujib made a strong statement on the first anniversary of independence of the country about the failure of the National Cabinet ensuring the basic necessities of the citizens in the East even though it had already been one year since their independence. This statement was published on 14 August 1948 in the Daily Ittehad which used to be still published from Calcutta. According to that report he said that the government added to the suffering of the last 200 years instead of helping people alleviate it by creating a conducive environment for enjoying the fruits of independence. In addition to revealing the despair of the flood and famine-stricken people of East Bengal, he also criticised the overwhelming taxation and the exploitative zamindari system that remained imposed on the shoulders of the disadvantaged people of the East. He was also critical about the police attack on the people who were agitating to ensure the legitimate honour of the Bengali language. (Hasina, Sheikh, editor, ‘SECRET DOCUMENTS OF INTELLIGENCE BRANCH ON THE FATHER OF THE NATION BANGABANDHU SHEIKH MUJIBUR RAHMAN’, Volume-1, Hakkani Publishers, 2018, p.44).

Besides a number of interventions both as an emerging political leader with a pro-people focus as well as a Minister in the Provincial Government, he made an elaborate attack on the Pakistani elite on 5th November 1957 while making a political statement, as reported by the Intelligence Branch of Police. This statement addressed the issue of economic disparities among the two regions more explicitly and was published in the local press. He said that ‘the government brought about the downfall of the entire country, especially East Pakistan, in order to form a small coterie. Their attempt this time has surpassed all their previous ones. East Pakistan is on the verge of breaking down because of the discrimination in industry and other development between the regions and the stepmotherly attitude displayed towards the East…After strong protest from East Pakistan from 1954 to 1956, the Central Government allocated 2 crore taka for 47 industrial units in the East, whereas, 35 crore taka was allocated for 150 units in West Pakistan. The government has also ignored the East and helped create cottage industries in the West along with big industries… The East Pakistanis have been afflicted with hunger and suffering since independence and no development plans for this region were taken into consideration. The Central Government instructed the provincial government of the East to postpone all their development plans. This year, Centre has also denied any development loans to East Bengal. This is a challenge towards the existence of East Pakistan itself. The province is facing a food shortage due to this denial by the Centre. East Pakistan will have to be forever dependent on the Karachi clique as a result of this (translated from Bengali).’ (Hasina, Sheikh, editor, ‘SECRET DOCUMENTS OF INTELLIGENCE BRANCH ON THE FATHER OF THE NATION BANGABANDHU SHEIKH MUJIBUR RAHMAN’, Volume-6, Hakkani Publishers, 2019, p.515-518,). In another public meeting in Sirajganj, Sheikh Mujib spoke along similar lines and said that there was no industrialization and development of infrastructure in East Bengal, and people were unable to afford their day to day necessities (ibid, p.524).

Sheikh Mujib also wrote about the economic discrimination against the East in ‘The Unfinished Memoirs’. According to him, many West Pakistani leaders and bureaucrats were sure that East Pakistan would not stay with the West for too long and they tried to exploit the East as much as possible while they still could. He wrote, ‘When the Awami League began to demonstrate with facts and figures how East Pakistan was being exploited, they became desperate and began to torture Awami League leaders and tried to suppress it by using force.’ Mujib also wrote about how development was taking place in West Pakistan with the foreign earnings of the East (Sheikh Mujibur Rahman, ‘The Unfinished Memoirs’, p.243-244).

Simultaneously, taking the cue from the political leadership, particularly from Sheikh Mujib whose sharp views were in public domain, the economists in East Pakistan had also been analysing the sources of these discriminations and making suggestions to the central government for providing the due share of resources to the region. East Pakistani economists Nurul Islam, M.N. Huda, A.F.A. Husain, Mazharul Huq, M.T. Huq, A Sadeque, M.A. Razzak and A. Farouk attended a conference in August 1956 where they proposed the idea of two economies, which I believe Mujib had implicitly planted the seed of it in the minds of people. The report discussed in detail the concept of two economies and concluded that Pakistan should be considered as two separate economic entities and these would have autonomy over their national income, balance of payments and financial resources. (Islam, Nurul, ‘Making of a Nation Bangladesh: An Economist’s Tale’, UPL, 2003, p.23 and 24). Bangabandhu continued to read and write on the economic disparity while in jail and even after he was released. We can now get the feel of his thinking on disparity from his three books already published. Since there was no scope for doing open politics during Ayub’s military regime, Sheikh Mujib took a job in Alpha Insurance Company but continued to keep in touch with his political colleagues and intelligentsia. This interlude gave him enough time to ponder and focus on how to better articulate the agenda of economic disparity. Awami League was formally revived in March 1964 as Sheikh Mujib had desired, and in June they declared their manifesto which included measures against the economic differences between the two regions (Karim, SA, “Sheikh Mujib: Triumph and Tragedy’’, UPL, 2009, revised edition, p.119).

As we go forward, we will see that these events were a precursor to what had eventually led to Sheikh Mujib declaring the Six Points political agenda at Lahore in early 1966. This led to further repression on him and he was invariably put to jail. There was huge public support for his Six Points agenda. The autocratic government then started a sedation case against him which came to be called the Agartala conspiracy case. The agitation against the Ayub regime was further consolidated after the initiation of this case and the regime collapsed under the heavy weight of people’s upsurge in 1969. Sheikh Mujib emerged from the jail as the people’s much adored leader with the title Bangabandhu, which ultimately became his namesake. He identified the economic disparities as one of the main reasons for the suffering of Bengalis in his TV and Radio Speech in 1970 as a prelude to the national election campaign. He said:

“We must overcome the crises that are about to destroy our nation. The primary and number one reason for the crises is the fact that our people do not have their political rights. Secondly, most of our people have become victims of discrimination. Thirdly, increasing regional disparities have created the feeling of endless injustice. In the main, these are the main reasons for the resentment and unhappiness of the Bengalese. But the ignored public in the West Pakistan also share the same sentiments.” (Translated from Bengali text).

And the rest is history.