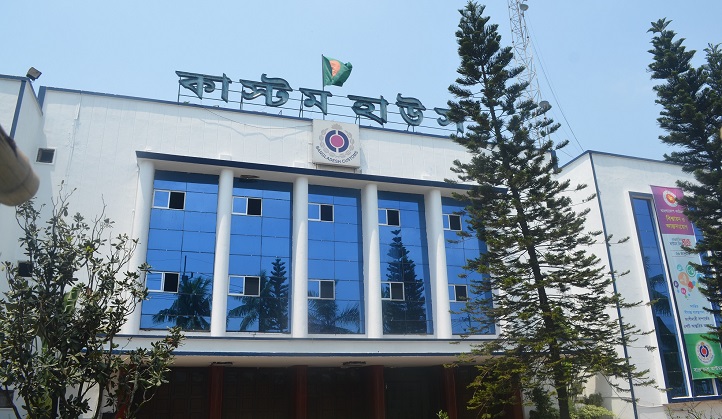 With the launching of e-auction, Chattogram Customs House is going to enter the digitised system of auctioning goods aiming at making the auctioning process more simple, transparent and modern.

After successful holding of the e-auction being conducted on an experimental basis, the conventional system will be dropped gradually, said the sources.

Customs officials concerned expressed hope that they would get more intended bidders through the new system as physical appearance will not be needed.

National Board of Revenue (NBR) Member (Customs Audit, Modernisation and International Trade) Khandaker Muhammad Aminur Rahman will inaugurate the e-auction software through a ceremony at the auditorium of Chattogram Customs House today (Tuesday).

Auction for 16 lots of different goods, which have not been taken by the importers for various reasons, will be auctioned off through the new system on Tuesday.

The intended bidders will have to submit their necessary documents through the websites of Chattogram Customs House and NBR, said the sources.

A free training workshop was also organised on October 22 to provide hands-on training on the process for submitting the documents by the bidders.

The e-auction booklet is available on the website of the Customs House and office of a government bidder while a helpline service will provide all-out support for any problem in submitting the documents, they said.

The intended individuals usually remain reluctant to come to Chattogram from other parts of the country for dropping the tender, he observed.

The new e-auction will help them take part in the bidding from any part of the country, said the DC.

But, there is a provision for submitting the original copy of the payment order at the auction department within two working days. If the e-payment system is launched the problem will be addressed, he said.

DC Faisal also informed that the training workshop organised in this connection got a huge response as a good number of intended bidders took part in it.

“We didn’t find any complexity with the new process till now. As it will be conducted on an experimental basis, the conventional system will remain functional until adopting the new process entirely,” he added.

Sources said some 547 tonnes of goods which have not been taken by the importers will be sold in 16 lots at the e-auction today.

As per the Customs law, importers have to take delivery of goods within 30 days of arrival at the Chattogram Port.

The customs authority can start procedures for auctioning off the goods after ending of the time frame.

The importers avoid taking the delivery on different grounds including for fall in price in the market, failure in submitting necessary documents and reluctance to pay fine, said the sources.

The auctions also cannot be held in due time for different reasons. As a result, tonnes of undelivered goods keep the huge space of the port occupied for long, they added.