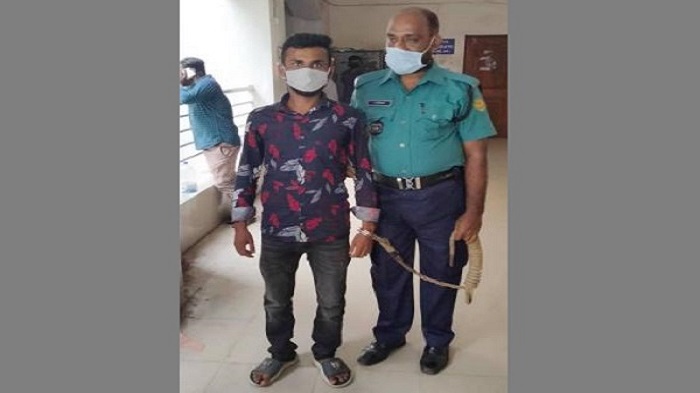 A Dhaka court on Monday placed Mizanur Rahman, driver of MP Haji Salim, on one-day remand in a case over the assault of a Navy official.

Dhaka Metropolitan Magistrate Abu Sufiyan Mohammad Noman passed the order when inspector of Dhanmondi Police Station Ashfaq Rajib, also investigation officer of the case, produced him before the court in the afternoon, seeking  a five-day remand.

A case has been filed against Irfan Salim, son of MP Haji Salim, on charge of "attacking" Lieutenant Wasif Ahmed Khan of Bangladesh Navy at Dhanmondi in the capital on Sunday night.

According to the case statement, a private car hit Lt Wasif's motorcycle near Labaid Hospital at Dhanmondi around 7:45 pm when he along with his wife was returning to their Mohammadpur residence from Nilkhet area.

Md Ikram Ali Mia, officer-in-charge of the police station, said the driver of the car, Mizanur, was detained from the spot and shown arrested in the case.

Later, members of Rapid Action Battalion (Rab) conducted a drive at the Old Dhaka residence of Haji Salim and detained his son Irfan and Irfan’s bodyguard Zahid on Monday afternoon.