From a basket case to a robust economy 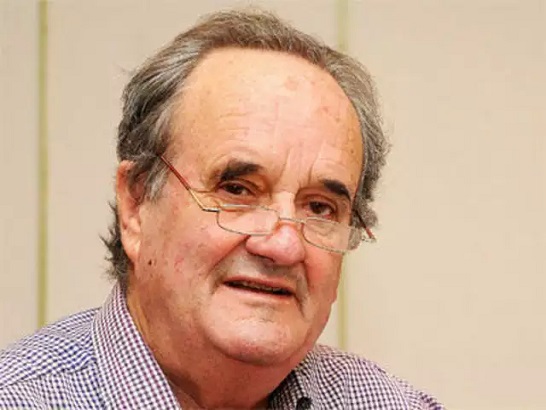 The International Monetary Fund’s (IMF) projection that Bangladesh’s per capita income in dollar terms is likely to overtake India’s has focused attention on a nation that has risen like a Phoenix from the ashes.

The ashes were left by the Pakistan army’s scorched earth strategy. Travelling in East Pakistan after the army crackdown in 1971, I saw this close up. On the road from Dhaka to Rajshai in the extreme west of the nation, villages were burnt to cinders by the army, as it fanned out from Dhaka to re-establish control over the country.

Less than two-and-a-half years later, Bangladeshi faced a famine. Then came Sheikh Mujibur Rahman’s assassination and political instability as army officers fought each other for power. Floods and cyclones added to the challenges. The new nation was internationally scorned, with the then United States Secretary of State Henry Kissinger dismissing it as “a basket case”. Over the last 20 years, however, Bangladesh’s economy has been growing steadily and the nation is now spoken of by some development institutions as a model of development.

It is essential that this doesn’t go to Bangladesh’s head. About 20% of the population is still ultra-poor. The economy is heavily dependent on the export of cheap textiles and remittances by labourers working abroad. The World Bank estimates that this year’s remittances will decrease by about 25% because of the coronavirus pandemic. The textile sector is extremely competitive and volatile.

Two factors have helped Bangladesh get where it is, and both are different to India. The first is its willingness to take international aid and the advice that goes with it. In the early 1990s, I made Addicted to Aid, arguing that the availability of plentiful foreign aid was weakening the Bangladesh government’s resolve to raise revenues.

Looking back now, it seems that Bangladesh benefitted because its dire economic straits forced the government to follow donors’ advice, putting aside politics. Despite a strong socialist tradition in Bangladeshi politics and the fear that privatisation will be seen as anti-poor, Dhaka pursued privatisation decisively. India has been more hesitant about privatisation.

Second, unlike in India, non-governmental organisations (NGOs) have been encouraged to play a crucial role in Bangladesh’s development. An outstanding example is the multi-faceted development agency Building Resources Across Communities (BRAC). According to The Economist, BRAC is now the world’s largest charity. Its programme provides a monitored pathway out of extreme poverty and has been adopted by NGOs in 45 countries.

This economic development has given Prime Minister (PM) Sheikh Hasina the political capital to withstand allegations that she is selling out to India by establishing good relations first with former PM Manmohan Singh and now PM Narendra Modi. This cooperation, however, has enabled both countries to work out many unresolved issues.

For instance, Modi pushed through the boundary settlement between the two countries. Rail and bus connectivity has deepened, and work is proceeding rapidly on the 12-km railway link between Agartala and Akhaura in Bangladesh, which will provide a much shorter route between the Northeast and eastern India via Bangladesh. But this bonhomie could be affected if the rhetoric in the West Bengal election campaign or the implementation of the Citizenship (Amendment) Act is seen as disrespectful to Bangladesh.