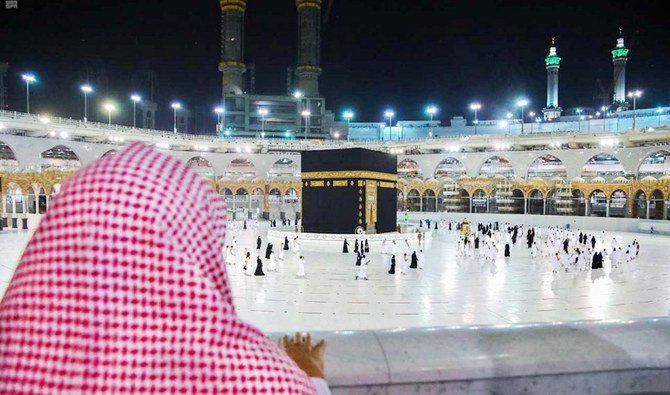 With the third phase of Umrah resumption approaching, the Ministry of Hajj and Umrah in Kingdom of Saudi Arabia (KSA) has so far issued more than 650,000 electronic Umrah permits as of October 23, according to a ministry official.

This comes as part of the gradual resumption of Umrah entering its third phase, where 20,000 pilgrims a day can perform their Umrah amid strict social distancing measures aiming at stopping the spread of coronavirus cases, which have seen a sharp rise in recoveries.

Dr. Amr Al-Maddah, undersecretary at the Ministry for Hajj and Umrah, said in a Skype interview with Al-Ekhbariya TV channel on Friday that Eatmarna app had seen more than 2.5 million installations and 1.2 million registrations.

Al-Maddah said that the number of times a pilgrim could apply for a new permit to perform Umrah depended mainly on the availability of numbers allowed to enter the Grand Mosque.

“As per the gradual Umrah resumption plan, the main objective of the application is to organize the number of pilgrims available at the Grand Mosque. So, a pilgrim cannot register or book for another Umrah until he is done with the previous one, and that is because of high demand on Umrah permits these days,” he said.

He said that pilgrims who have been given Umrah permits but who later find that they have developed COVID-19 symptoms or come into contact with infected people can cancel their registration.

“So far, over 165,000 pilgrims have performed their Umrah and more than 200,000 people have prayed at the Grand Mosque. These numbers could not have been able to do their rituals or practice their worship at the Grand Mosque if coronavirus cases had not dropped to reasonable levels. So, when pilgrims visiting the holy sites follow the precautionary health measures, this can help keep things under control and allow other Muslims do their rituals,” he said.

In the third phase, which begins on Nov. 1, pilgrims from abroad will be allowed to perform Umrah with a full capacity of 20,000 pilgrims and 60,000 worshippers a day. The fourth stage will see the Grand Mosque return to normal, when all the COVID-19 risks have gone away.

There were 395 new cases reported in the Kingdom, meaning 334,552 people have now contracted the disease. There were 8,276 active cases, and 788 of them are in critical condition.

According to the Ministry of Health, 85 of the newly recorded cases were in Madinah, 37 in Riyadh, and 32 in Makkah.

In addition, 417 more patients had recovered from COVID-19, taking the total number of recoveries in the Kingdom to 330,995.