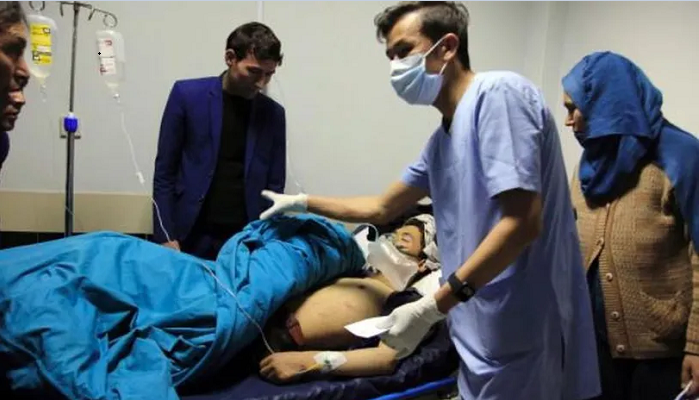 Fatalities in the Kabul suicide bombing have surged to 30, and as many as 70 were reported wounded, according to a statement by security personnel, who spoke on condition of anonymity. Meanwhile, according to Afghanistan’s interior ministry, more than 57 were wounded after a deadly explosion in the Shiite neighborhood, who, were rushed to the nearby Jinnah Hospital in Kabul, sources of Associated Press confirmed.

Afghanistan’s Interior Ministry spokesman Tariq Arian reportedly said that on the pretext of suspicion, the security guards had stopped the attacker on the way who attempted to enter the center. Meanwhile, the terrorist set off the explosive in a nearby alley, at the identified target of Kawsar-e Danish education center.

While the Taliban denied any responsibility for the attack, the Islamic State (IS) took responsibility for the gruesome explosion. Meanwhile, sources of ANI revealed that Afghanistan's National Directorate of Security had also confirmed that the attacker had managed to enter the Kawsar e-Danish education center located in the Pul-e-Khoshk area of Kabul's western Dasht-e-Barchi neighbourhood.

Recent explosion rocked Afghanistan only four days after at least 34 Afghan security personnel were killed in a Taliban attack in Takhar province in the ambush. The attack involved the province’s deputy police chief, sources of VOA confirmed. The deadly attacks come as US-brokered peace negotiations are underway in Qatar.

A provincial police spokesman told VOA that clashes broke out after the insurgents staged a major assault on an Afghan National Army (ANA) base in Khashrod district in southwestern Nimroz province. Taliban had also incurred heavy casualties. Meanwhile, District chief Jalil Watandost said that the Taliban took four ANA personnel hostages and destroyed the base.

This was followed by the Afghan air force’s retaliatory airstrikes at the insurgent posts that also destroyed a mosque school, killing at least 12 children.