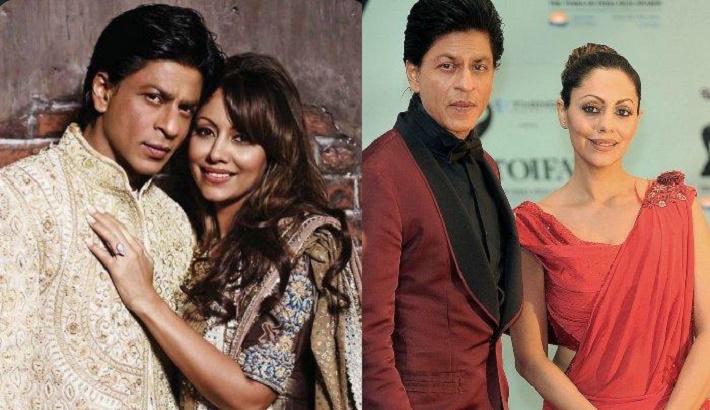 Their marriage, which has been rock-solid despite the media glare and punishing shooting schedules, is proof that romance is not dead.

On Shah Rukh and Gauri’s anniversary, here is revisiting the cute story of how he tricked her into a honeymoon in Darjeeling by promising her a Parisian getaway.

When Shah Rukh was shown a picture from his honeymoon at the Hindustan Times Most Stylish 2019, he revealed how he ‘fooled’ Gauri. “When I got married, I was very poor while Gauri was middle-class, well-to-do. So like how usually everyone does, I had promised her that after we get married, ‘I’ll take you to Paris and show you the Eiffel Tower’. But obviously, it was all a lie because neither I had the money nor I had the air tickets but somehow I convinced her. I fooled her into believing I was taking her to Paris and took her to Darjeeling,” he quipped.

Shah Rukh met Gauri at a party when they were teenagers and soon fell in love. They briefly broke up due to his possessiveness and she left for a holiday in Mumbai. He landed in the city with his friends to woo her back and they went to every beach to find her, as he knew that she loved to swim. Fortunately, he found her at the last beach he went to, and they had a rather filmy reunion.

Shah Rukh and Gauri got married on October 25, 1991 and are parents to three children: Aryan, Suhana and AbRam. The entire family is currently in Dubai for the ongoing Indian Premier League (IPL). Shah Rukh is the co-owner of the Kolkata Knight Riders IPL team, Hindustan Times.

On the work front, Shah Rukh was last seen in Aanand L Rai’s Zero. He is yet to announce his next project as an actor but has been busy with his production ventures. Gauri, meanwhile, will soon turn author with a coffee-table book tentatively titled My Life in Design. The book, which will come out next year, will share details of her journey as an interior designer and feature never-seen-before pictures of her projects, family and house.