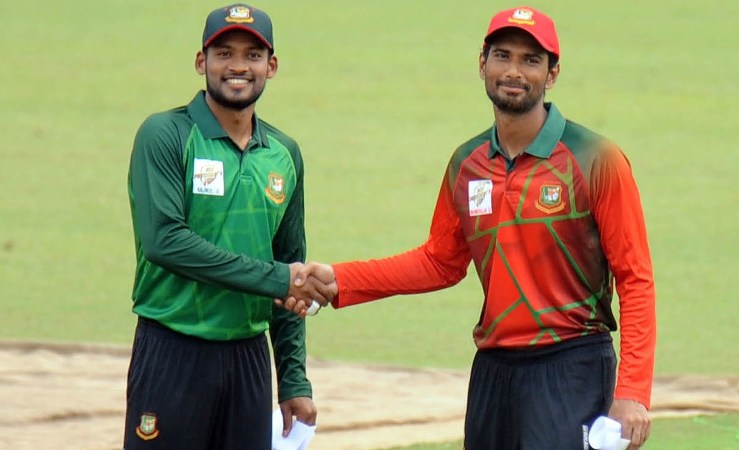 Nazmul XI moved to the final as group champions in three-team tournament. They acquired three wins in the group phase and lost just one. On the other hand, Mahmudullah XI won two games. The other team of the tournament Tamim Iqbal-led Tamim XI showed a frustrating performance as they won just one and was eliminated from the final race straightway.

Nazmul XI chased down Mahmudullah XI’s 196 runs in the first match with utmost ease to seal four wickets victory before losing to Tamim XI by 42 runs. They however came back strongly and thanks to Afif Hossain’s 98 runs piled up 264-8, tournament’s highest score against Mahmudullah XI in return-leg match. Their bowlers later shot the opponent out for 133 runs to seal a gigantic 131 runs victory for the side. They won their last match against Tamim XI by 7 runs.

Mahmudullah XI so far had crossed 200 runs figure only once in the tournament. But still they are in the final, thanks to their win against Tamim XI in both games by five-wicket and four-wicket respectively.

Ahead of the most important match of the tournament, Mahmudullah XI brought up three changes to their side with Mominul Haque, Sumon Khan and Aminul Islam Biplob replacing Naim Sheikh, Abu Haider Rony and Rakibul Hasan.

On the other hand, Nazmul XI also made two changes as Saif Hasan and Nayeem Hassan came in the place of Parvez Hossain Emon and Rishad Ahmed.