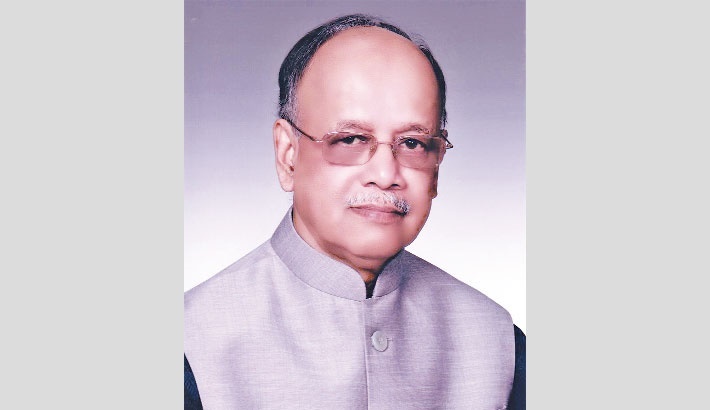 Norwegian Economist Just Faaland and British Economist J R Parkinson served as advisers to the Pakistan Planning Commission, located in Karachi back in the early sixties. As professionals, they were concerned with the economy of Bangladesh (East Pakistan) at that time. Both writers expressed their apprehension in their book Bangladesh-The Test Case of Development, published from London in 1976.  Later, they also served as economic consultants during the government of the Father of the Nation, Bangabandhu Sheikh Mujibur Rahman. Both left Bangladesh just before the killing of Mujib in 1975 to come back again in November 1975 and review the progress of Bangladesh during the Mujib era.

In the Preface of their book, they referred to an early comment by British journalist Kevin Rafferty where he said ‘Bangladesh is the end of a great development dream’ and commented that they refused to accept what Rafferty had said earlier. Faaland and Parkinson also commented that ‘the subject of Bangladesh is one of controversy and dispute; also one of emotion and attitude of mind to the unpredictable future.’ Both economists wrote “Beginning in the May of 1975, international prices of some import commodities of importance to Bangladesh have fallen, the internal price in the domestic market had come down from the very high early in the year. Finally, the most important, the aman (crop) harvest at the end of the year will, from all reports, be very good compared to previous years. These improvements give reason to hope that at long last the economy may have reached a stage at which real progress can begin. This prospect, however, may be threatened by continued political instability and turmoil following the assassination of Sheikh Mujibur Rahman in mid-August and the week of the coups in early November 1975.” These were the comments from two eminent economists who came to assist the Bangabandhu government in its formative years.

Faaland and Parkinson also wrote “The starting-point from which economic development must be attempted is unpromising. Income per head in 1972 was estimated at US$ 70. In terms of consumption, this means a diet mainly of rice with very little to supplement it. …In the World Bank Atlas, only Rwanda was tentatively estimated to have a smaller per capita income.” If both the economists would come to Bangladesh today (Faaland passed away in 2017) they would find the Bangladesh they worked for is totally a different one now.  What they thought would be is not what happened over the years, and today no one brackets the country with failed states like Rwanda. London-based ‘Center for Economic and Business Research’ predicted that Bangladesh will rank as the 30th largest economy in the world, overtaking Malaysia, Hong Kong, Singapore, Denmark and Norway by 2024. In 2019 Bangladesh, as per the World Economic League Table 2020 prepared in December 2019, was the 41st largest economy in the world. Statistics and ranking will differ depending on who is preparing it and what parameters are being used. All these projections were made during a normal time. As soon as the Covid-19 pandemic overwhelmed, the world calculations and projections changed for most countries, spelling doom for some while bringing some relief for others.

On 12th October the International Monetary Fund (IMF) released its half-yearly revised version of World Economic Outlook-2020, taking into consideration the economic damage done to approximately two hundred and ten countries of the world by the pandemic and, for sure, all predictions made earlier in the year proved redundant. To the surprise of many economic forecasters, IMF identified Bangladesh as one of the twenty three countries in the world that will have positive GDP growth overtaking its big neighbour India by a big margin. Bangladesh will have the third-largest GDP growth of 3.8 per cent trailing Guyana and South Sudan and will be the fastest-growing economy in Asia. As per dollar terms per capita GDP of Bangladesh is expected to be US$ 1,888. On the other hand, India’s per capita GDP is expected to decline by 10.5 per cent to US$ 1,877- the lowest in the last four years; the GDP figures for both countries being at the current price. In June, it was projected that the Indian economy would contract by 4.5 per cent in the wake of an economic slump due to the Covid-19 pandemic. What was shocking for many Indian analysts was that India, which had a lead of 25 percent over Bangladesh five years ago, is now trailing behind miserably. The IMF also predicted that India will recover from this free fall by 2021 and is expected to grow 8.2 percent at US$ 2,030 in 2021, compared with an expected 5.4 per cent growth for Bangladesh at US$ 1,990. The IMF also predicted that global growth would contract by 4.4 per cent this year and bounce back to 5.2 per cent in 2021. For Bangladesh the government Bureau of Statistics has a rosier picture, fixing the growth at 8.2 per cent. However, in terms of Purchasing Power Parity (PPP, according to which two countries are in equilibrium-known as the currencies being at par-when a basket of goods is priced the same in both countries, taking the exchange rates) India’s per capita GDP in 2020 is estimated by the IMF at US$ 6,294 compared to US$ 5,139 for Bangladesh. It simply means the cost of living in India is cheaper compared to Bangladesh.

Projections made today in a totally uncertain environment are likely to throw dices in the dark, never knowing what would be the exact outcome. In economics, the most commonly used phrase while making a projection is ‘other things remaining the same’ and, unfortunately, in most cases ‘other things’ seldom remains the same and nothing in the world is static. While making economic projections towards the end of 2019, none of the international organisations like the IMF, World Bank, WEF or ADB could foresee the global economic devastation caused by an unknown virus called coronavirus. When the pandemic struck, countries were at a loss. Some were quick to react while others showed knee-jerk response initially, which included countries like Germany, Italy, Spain, the UK and the USA.  Donald Trump, the incumbent President of the USA, announced it is a Chinese problem. When China announced lockdown of the city of Wuhan, where the virus was first detected in January, according to a London-based weekly ‘The Economist’, “It was seen something only an authoritarian, technologically-sophisticated government could do. For a while, Britain’s scientists did not consider calling for a lockdown because they assumed it was politically infeasible.” But soon all, including Britain were overwhelmed by the pandemic and now most countries of Europe are battling to survive the second wave of the pandemic. On the other hand, countries in Asia which have become quite accustomed to surviving under extremely harsh conditions caused by nature or pandemic like situations showed better response and resilience. The first case in Bangladesh was detected in early March, and the government’s initial response was quicker than many other countries in the region, thanks to the Prime Minister, though the preparedness was not very satisfactory in the early stages. At the end of the day, it is the life and economy that matters. Offices, factories, including the export-oriented readymade garments factories, business houses and educational institutions were shut down, intercity transports were closed, and it pressed into service volunteers and the personnel of different law enforcement services and the defence personnel to come to the aid of the citizens, especially those marginalised. In the early phase, there was panic amongst the garment factory owners as they had to comply with the delivery deadlines. The government soon came out with incentives and bailout packages.

The economic lifeline of Bangladesh hinges on three major sectors: agriculture, foreign exchange remittance and readymade garments export. This year the rice and wheat harvest has been good. The expatriate workers who came back home following the pandemic or before have started to return to their workplaces, and the garments export is set to recover and pick up from where it was left. To handle any economic crisis, a country needs to have leadership with vision and commitment and, fortunately, for Bangladesh, the incumbent Prime Minister Sheikh Hasina has shown to the world that she can lead a country of 166 million people under extreme stress. This she has inherited from her illustrious father.

As soon as the World Economic Outlook was announced, surprisingly the reaction shown by the Indian analysts and the media was hyper, and it seemed that the reaction was just because it was Bangladesh that outperformed India in terms of GDP growth. Incidentally, the analysts and the media in Bangladesh showed better maturity than their counterparts in terms of response realising that in economics nothing is static, and Bangladesh is not competing with India for better performance. It is more competing with itself. Analyst Andy Mukherjee wrote an analysis for Yahoo Finance (Bloomberg Opinion) on October 17 titled the analysis `The Next China? India Must First Beat Bangladesh.’ “Any emerging economy doing well is good news, but it’s shocking that India, which had a lead of 25% five years ago, is now trailing Bangladesh,” tweeted Prof Kaushik Basu, Professor of Economics at Cornell University and former Chief Economist of the World Bank. India is approximately 22 times bigger in size than Bangladesh with a population size of 1.3 billion and a much bigger economy. It is a complex country judging its culture, history and language. It has 22 scheduled languages in its constitution. There is a clear north-south divide in terms of economy and culture, some of which dates back to colonial days or even earlier. Countries of the sub-continent have some common problems like poverty, illiteracy, religious bigotry, endemic corruption and ignorance. Bangladesh, being a smaller and unique homogenous country, can solve many of its social problems better than India and that is exactly what has happened in Bangladesh. Practically in all social indicators, Bangladesh has done better than all its immediate neighbours. There is no reason for browbeating in India because Bangladesh is performing better in recent times, especially since 2009 when Sheikh Hasina took over the rule of the country. A prospering neighbour is always welcome for any person or a country. Unfortunately, many in India, due to a bit of ignorance, cannot realise how the combined efforts of both countries can bring about a positive synergistic change benefitting both the neighbours. The performance of Bangladesh under the present national leadership is praiseworthy but what is more challenging is to sustain the pace of progress and not necessarily to outperform India but improve the quality of life of its own people. Bangladesh and India should not be seen as competitors but as natural and strategic allies. Bangladesh of 2020 is not the same Bangladesh of the 1970s. It has risen from the ashes of the devastation of the war in 1971 and the misrule of the subsequent military and pseudo-military rulers of the post-Bangabandhu killing in 1975. Currently, it is poised to fly like the mythical phoenix. India is poised to become the third-largest economy in the world by 2050 after China and the US. In order for it to happen, India should first identify its strategic allies and complementary economies and fix its domestic issues, fine-tune its mindset to solve all the outstanding problems with its neighbours. The 2020 WEO gives an idea as to what might happen and why it will happen. If the reasons are identified remedy will not be far away. But the leader of countries, especially those of the region must realise that economic and social progress are driven by a pragmatic approach and not by emotions. Congratulations to the people of Bangladesh for its resilience, the government for being the active catalyst in the progress of the country during a difficult time and Prime Minister Sheikh Hasina for her dauntless and resolute leadership for steering the country out of the cold and maintaining the pace of development. Bijoya Greetings to all my readers.