5.1km of Padma Bridge visible after installation of 34th span 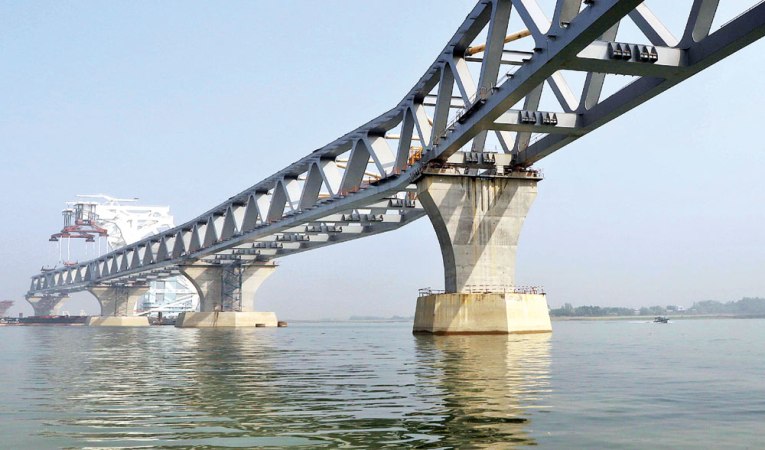 The 34th span of the Padma Bridge was installed on SUnday, bringing a total of over 5.1 kilometers of the structure into view.

The span number ‘2A’ was installed between 7 and 8 no pillars at Mawa point, six days after the last one was set up.

Executive Engineer (Bridge) Dewan Md Abdul Quader confirmed the matter and said that at around 4:00pm on Saturday, a crane ship started work to lay span on the pillars from the Mawa construction jetty, but it was too dark to work smoothly when it reached near the pillars.

That’s why, work of span installation is completed today morning, he added.

With the new one, a total of three spans have been placed on the bridge this month.

The 35th span is to be set up on the banks of Padma river in Mawa on October 30. The other 6 spans will be installed on the pillars by December this year.

A total of 42 pillars are being constructed for the 6.15 km long two-storey Padma Bridge.

The Padma Bridge is expected to be opened in 2021.