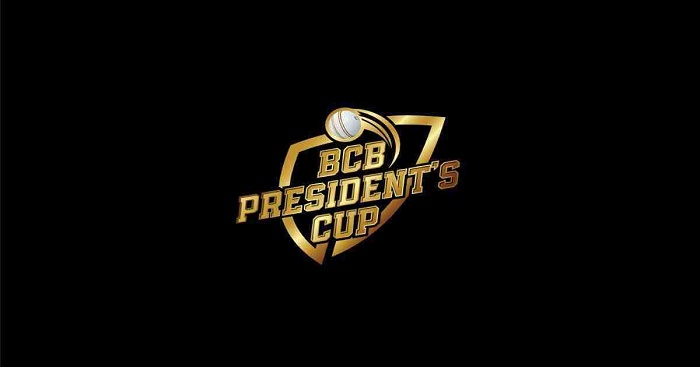 Tournament favourites Nazmul XI are all set to take on Mahmudullah XI in the BCB President’s Cup final at the Sher-e-Bangla National Cricket Stadium in the capital on Sunday.

The final that had been rescheduled due to depression is expected to start at 1:30pm if the weather permits while the forecast suggests there is no rain or thundershower from after on October 25.

Nazmul XI can heave a sigh of relief as though they did not train injured Mushfiqur didn’t leave any stone unturned to prepare him ahead of the final as he sweats it at the SBNS spending hours in the indoor.

Mahmudullah XI also had to complete their preparation in the indoor due to consistent drizzle in Dhaka.

BCB President’s Cup, the first competitive cricket tournament, since the coronavirus pandemic, is considered as a test-run before resuming domestic cricket on a larger scale.

The three-team 50-over competition involved the top players of the country with Tamim Iqbal leading one side, who lost the unofficial semi-final against Nazmul XI by seven runs, while the other two sides were led by Mahmudullah Riyad and Nazmul Hossain respectively.

“Everyone is looking forward to playing a better final. Though it was just a practice tournament but I think every player was serious as well as competitive,” he said.

“I think that's the concern of the BCB and the way it has kept us under control and the way players responded to it responsibly was a good sign,” he said.

“This is a different experience but since it is a demand of time we have to accept it,” he concluded.

Nazmul Hossain said that he is eyeing to win the tournament.

“It feels good to be able to play in the final of such a tournament. We all enjoyed this tournament a lot. And I hope there will be something good in the final,” said Nazmul Hossain.

“I enjoyed the whole tournament a lot. The biggest aspect was that after many days we were able to play such a tournament on the field. So playing together on the field was a big thing for us,” he said.

“Everyone shared the dressing room together and there were many positive aspects. So I enjoyed the overall tournament very much,” he said adding that he was impressed with the performance of some of the players.

“There were many positive aspects. In it, Mushfiq Bhai, Afif, Touhid Hridoy and Irfan Shukkur Bhai had some good innings in the tournament,” said Nazmul.

“And if we think in the bowling department, Taskin Bhai, Al-Amin Bhai, Naeem, Nasum Bhai have all bowled well. So there is also a healthy competition among ourselves, everyone is enjoying,” he concluded.

The trio is expected to depart through an Emirates flight for their respective destination after completing a long stint with Tigers under a bio-bubble environment.

“They are expected to arrive before the domestic T20 tournament,” said a BCB official.

Apart from that, the best batsman, bowler and fielder of the tournament will be rewarded handsomely. In total, the BCB is going to spend about BDT 36.75 lakh for organising the whole tournament.