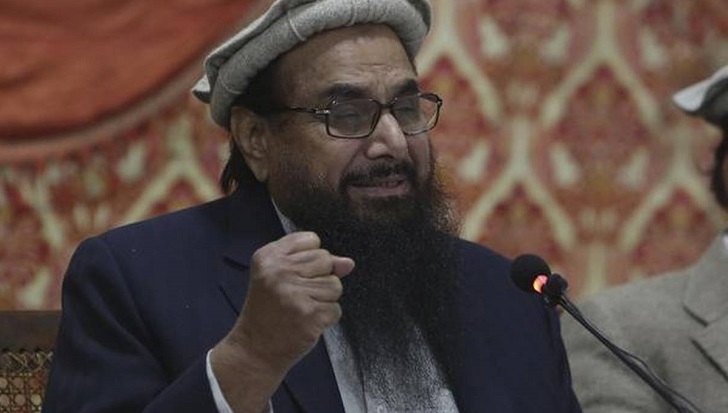 In mid-June, a special anti-terrorism court (ATC) in Lahore had convicted four top leaders of JuD — Zafar Iqbal, Yahya Aziz, Abdul Rehman Makki and Abdus Salam — for collecting funds and unlawfully financing activities of the terrorist organisation Lashkar-e-Taiba (LeT). Iqbal and Aziz had been each sentenced to five years in prison while Makki and Salam had been given one-year jail terms each.

Makki and Salam had challenged their conviction in the Lahore HC.

During Thursday’s hearing, a two-member bench of the Lahore HC comprising Justice Asjad Javed Gural and Justice Waheed Khan, after hearing arguments from the defence and prosecution, accepted the plea of Makki and Salam and ordered the suspension of their one-year sentence by the ATC. The court also ordered their release on bail. Both militant leaders were serving their sentences in Lahore’s Kot Lakhpat jail.

Earlier this year, a Lahore-based ATC had handed down two five-and-a-half-year prison sentences to LeT founder Hafiz Saeed for his links with the banned group and for collecting money to fund terrorism. Saeed, designated a global terrorist by both the United States and the UN, founded LeT in the 1990s but had distanced himself from the group since Pakistani authorities outlawed the organisation.

Saeed denies allegations that he masterminded the Mumbai attacks or any other subversive acts in India.

Washington has offered a $10 million reward for bringing Saeed to justice. Several of his aides are also currently on trial in Pakistan in terrorism-related cases.

Pakistan has been under growing international pressure, particularly from the US, to crack down on militant groups operating in the country in the name of Islamic charities.

The Paris-based Financial Action Task Force (FATF) placed Pakistan two years ago on its “grey list” of countries with inadequate controls over money-laundering and terrorism financing. It has been pressing the country to improve its efforts against terrorism and has given Pakistan a 27-point action programme to avoid being placed on FATF’s blacklist, which would make international dealings almost impossible for Islamabad.