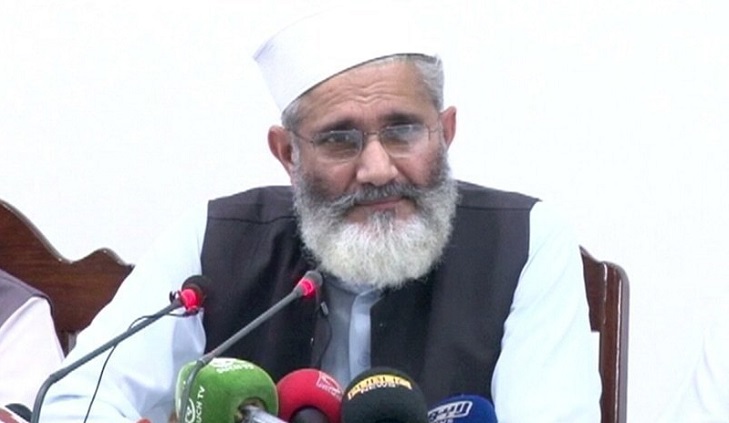 The Jamaat-i-Islami has announced launching a country-wide protest movement against the Pakistan Tehreek-i-Insaf government from Nov 1.

JI chief Senator Sirajul Haq, who has called a meeting of the party’s central leadership on Oct 23 to discuss modalities of the movement, said the movement against skyrocketing inflation, unemployment and rulers’ incapability would start from Khyber Pakhtunkhwa.

In a statement issued from Mansoora on Sunday, he alleged the rulers destroyed every sector in the country and it could no more be left to their mercy.

He expressed his concerns over the opposition alliance Pakistan Democratic Movement’s campaign, saying its constituents lacked moral authority to wage protest against the present rulers. The people, he said, knew the PTI, the PML-N and the PPP were sides of the same coin. “There is no difference between the present and past rulers,” he said, adding the so-called mainstream opposition parties supported every move of the government in the past two years.

The people witnessed the treasury and opposition parties on the same table when it came to the matter of the COAS extension, election of Senate chairman and FATF-related legislation, he said and termed the ruling elite agents of western powers who only looted the national resources and tried to demolish its ideological face at the behest of secular forces during their respective turns in power.

Therefore, he said, time had come to get rid of the ruling elite and appealed to the masses to respond to the JI movement to transform the country into an Islamic welfare state.